Lost to End After 2 More Seasons 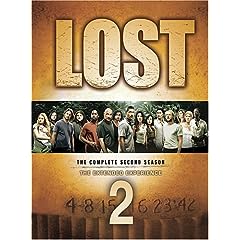 American broadcast network ABC is attempting to rescue once-hot series “Lost” by ending the show — in 2010. Bowing to the fact that convention isn’t working for the drama about plane-crash survivors on a surreal island, the network is taking the unusual step of turning “Lost” into a limited-run series.

It will run for three shorter and uninterrupted seasons until its “highly anticipated and shocking finale” in the 2009-10 season, ABC said Monday.

The series, which saw its ratings drop this season amid complaints about scheduling, an increasingly meandering plot and unpopular new characters, still must prove itself to disenchanted viewers to survive.

“Due to the unique nature of the series, we knew it would require an end date to keep the integrity and strength of the show consistent throughout and to give the audience the payoff they deserve,” ABC Entertainment President Stephen McPherson said in a statement.

Typically, networks milk a series until it runs dry of ratings and then drop the ax.