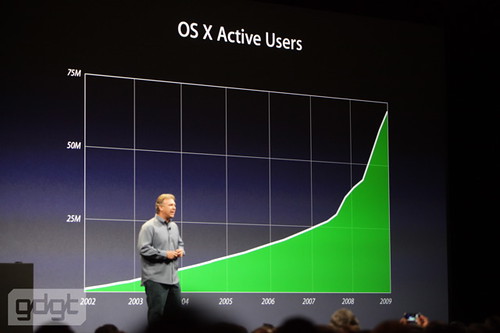 “We’ve TRIPLED the number of users,” he said to big applause. “It’s astounding.”

According to statistics compiled by Net Applications, Mac OS X is the second most popular general-purpose operating system in use, after Microsoft Windows, with a 9.6% market share. It is also the most successful UNIX-based operating system ever released.

So what happened in 2007 that could have caused the spike in new Mac users? If you guessed the iPhone, then give yourself a pat on the back. Apple first announced the iPhone in January 2007.