This t-shirt is sure to make all grunge music fans laugh/cringe. It shows an image of the 90’s tween band Hanson with Nirvana‘s logo.

At first glance, the mix up looks like a mistake. Both Nirvana and Hanson had their big breaks in the early 1990s, featured only 3 main members (Nirvana: Kurt Cobain, Krist Novoselic and Dave Grohl; Hanson: Isaac Hanson, Taylor Hanson and Zac Hanson), dressed slightly similar and all had long hair.

The photo was posted online by PhilipGreenbriar when his father saw the shirt for sale in Bangkok. But if you look closely at the photo, you’ll see another bootleg shirt for The Smiths that shows Will Smith and family and not the popular 80’s English alternative rock band.

Can a bolt of ‘mixed-up music t-shirt lightning’ really strike twice? Seemed too obvious and a few Internet searches revealed the truth. 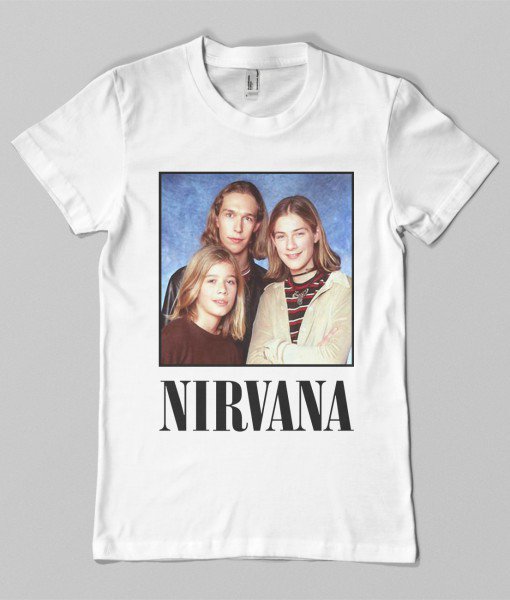 I’m still waiting for the “Smells Like MMMbop” mashup t-shirt.

A Look Back: Comparing The Top 10 Twitter Users Of 2008 vs 2015
Next Post: 15 Hilarious Hide And Seek Fails That Will Make Parents Laugh