Roku is the most popular Connected TV streaming device and it isn't ceding any ground to its competitors. 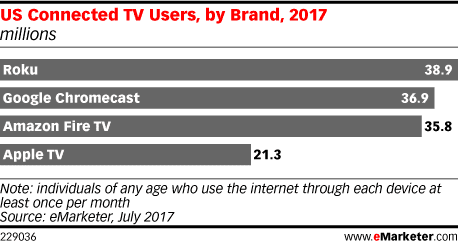