SanDisk has officially killed its TakeTV project as well as its accompanying Fanfare video content portal. Chances are, this may be the first time you’ve even heard of TakeTV. Despite getting lots of attention at CES 2007, the product failed to gain any traction with consumers. TakeTV was only launched last October.

TakeTV was a “bridge solution” designed to easily bring your downloaded video content from your computer to your television. CBS, Showtime, Jaman.com and TV Guide were among the content providers who participated in the device’s trials.

TakeTV and its Fanfare service was an attempt by SanDisk to challenge Apple. But faced with competition from not only Apple, but Microsoft, Netflix’s Roku, and an assload of other networked devices that offered more content and more convenience, the TakeTV never had a chance. 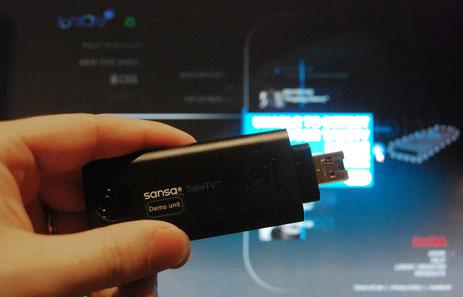 Besides the demo models at CES, the only TakeTV model I ever saw in person was a freebie SanDisk sent to my boss to check out. He asked me to load up his new TakeTV with videos but our library of content is all iTunes ready MP4s – which didn’t work on the TakeTV. We never picked it the TakeTV again. 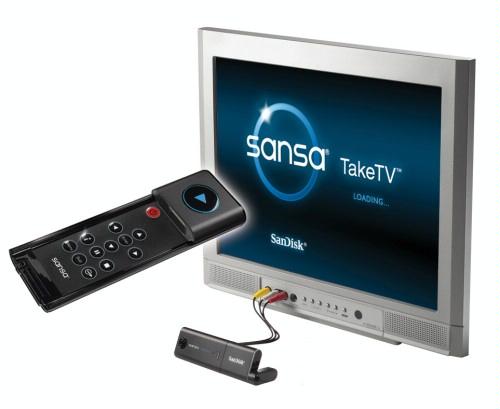 If you want to check out the TakeTV, Amazon.com is still selling them. The 4GB model costs $99 US. The 8GB is $149. You can probably expect those prices to go much lower in the coming weeks.

SanDisk stopped shipping the TakeTV and shutdown its Fanfare service on May 15th – sadly no one seemed to notice until today. To relive the memories, head on over to take.tv and Fanfare.com while you still can.

In related news, Apple is rumored to be announcing the new iPhone 3G this afternoon.