Forbes.com, a website not known for spreading false rumors, reports that rock band U2 inked a deal with Apple to sell a special Black iPod preloaded with their new album, How To Dismantle An Atomic Bomb. If true, this will mark U2’s 11th album during their 25+ year music history and their first via iPod.

Invitations have been sent out by U2 for a special music-oriented event set for October 26th. The invite says, “Steve Jobs, Bono and The Edge invite you to attend a special event;” however, press relations departments at Apple and U2‘s label, Interscope Records, declined comment about the event. 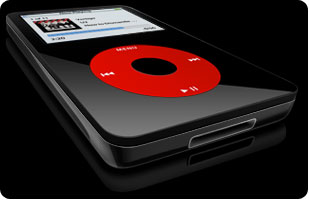 It’s unclear if Apple will debut the ‘U2 Black iPod‘ as ‘PhotoPod-capable.’ The much rumored ‘Photopod’ is expected to feature a color screen for digital photo display and storage.

U2’s new single, Vertigo, was released exclusively through iTunes. The band can also be seen in a new 30-second iTunes/iPod commercial.

What do you think? Is releasing a U2 iPod a good idea? Please tell us in the comments below.