You are here: Home / Culture / Fashion / Stun Your Partner In The Bedroom With Sexy Star Trek Underwear

Stun Your Partner In The Bedroom With Sexy Star Trek Underwear

Boldly go on your next bedroom mission with these two sassy Star Trek underwear sets. Fans can choose from either panties or boxers to dazzle their bedroom partners. And why not? Starfleet has a uniform for every occasion right?

Boldly go on your next passion mission with some sassy Star Trek underwear. Fans can choose from thongs, panties or boxers to dazzle their sci-fi bedroom partners. And why not? Starfleet has a uniform for every occasion right?

Ladies, set your phasers for playful and sexy. These Star Trek panties ($30) come in a (3) pack letting you decide whether you’re having a Command Gold, Operations Red, or Science Blue kind of day. 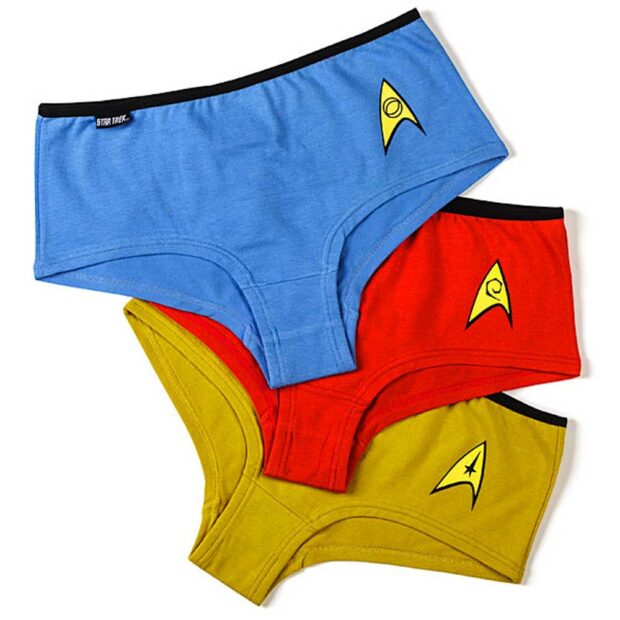 And just to be clear, these aren’t cheap Star Trek knock-offs. These panties are officially-licensed from Gene Roddenberry’s “Star Trek The Original Series” and feature the Starfleet insignia screen-printed on the left hip. 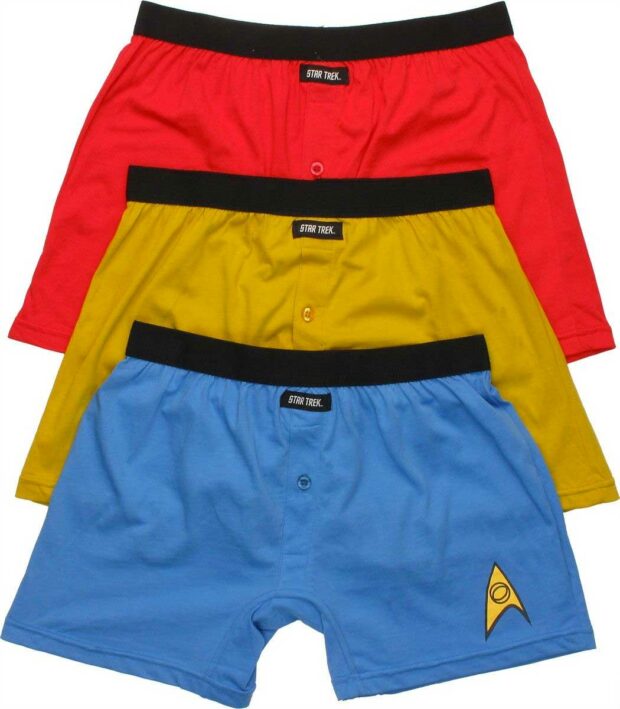 A must-have for anyone looking to command a starship, start an interstellar journey or just get dressed.

And for something a little more aggressive, there’s a clever collection of ladies Star Trek thongs ($18+ each on Amazon). Thongs range from formal black with the Star Trek insignia to more playful versions with Star Trek catchphrases like “Make It So”. Pro Tip: Size up for a looser fit. 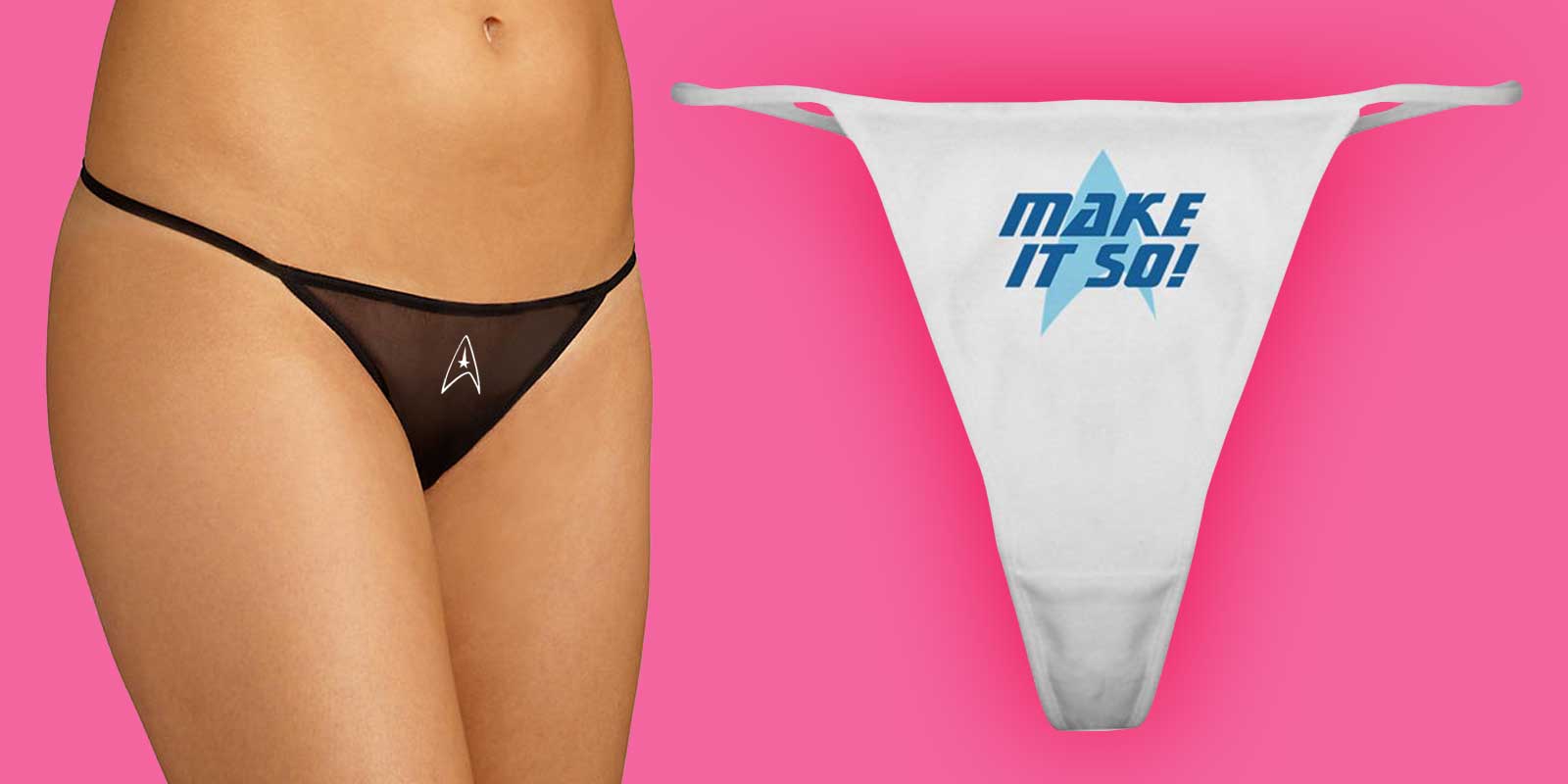 Star Trek and underwear have a long history together. Since the franchise debut in the 1960s, fans have been treated to plenty of scenes of partial nudity. Sometimes they are relevant to the plot and other times they are gratuitous, like this controversial scene from Star Trek Into Darkness (2013).

Either way, Star Trek fans have been enjoying both the TV and film version of the franchise for decades. What about you? Are you a Trekkie? Would you wear Star Trek underwear? Tell us in the comments.

A Critical Comparison: Should You Buy An iPhone or Android Smartphone?
Next Post: How to Turn Your Employees Into Brand Ambassadors