Remember Olive, the cute 7-year-old girl in the movie “Little Miss Sunshine“? The actress who played Olive, Abigail Breslin, has gone from traveling cross-country in a beat-up VW van with her dysfunctional film family to, now grown up, teaming up with Teddy Watson and his newly formed indie band, Stargroves.

MethodShop recently got the opportunity to interview Teddy Watson and we asked about everything from how being in Iceland inspired his music to how his collaboration with Abigail came about.

You formed the band “Stargroves” earlier this year.  Tell us how it’s going.

It’s been going great, I’ve known most of the guys for about a year now and everybody brings something unique to the group.  We were in the studio all summer with Jeremy Sklarsky who produced one of my all-time favorite records, “Weathervanes” by the Freelance Whales.  Now we’ve finished the bulk of the record, and we’ve been practicing for live performances.  I’m a bit of a perfectionist, so we tend to rehearse a lot.

We’ve noticed that you play both the guitar and the banjo?  The banjo is unusual for someone so young (speaking of age, how old are you?) and music genre – how did you come to pick up this instrument?

I’ve been playing banjo for about a year now and I started basically because of my fascination with the Freelance Whales (@FreelanceWhales).  Their lead singer Judah Dadone plays banjo and their combination of folk instruments and synthesizers creates a great feeling, one which I’ve definitely tried to evoke with Stargroves.  I’m 21, thanks for asking!

Do you have a favorite brand of instrument?

Introduce us to the rest of your band.  Who’s who and what should we anticipate to see from each of them as the world discovers Stargroves?

I could talk about my band for hours! While I do write the songs and lyrics myself, everyone in the group tends to add their own part to the instrumentation. 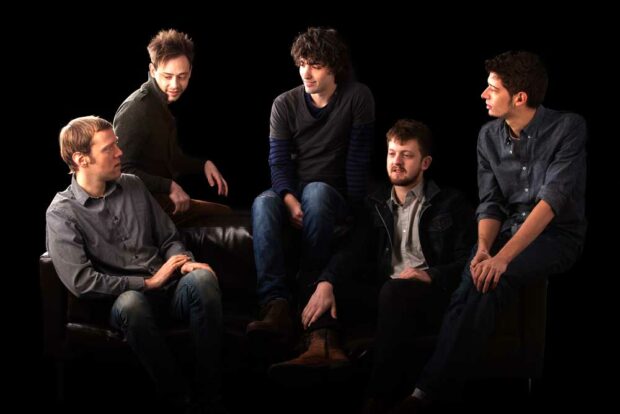 I’ll start with our keyboardist, Enrico de Trizio.  Originally from Bari, Italy, Enrico has been in conservatory for music since the age of ten, and has degrees in Electronic Production and Design from Berkeley.  Enrico has been instrumental in the production of this record, as has often aided in song arrangement and sound design.  Enrico also plays accordion during our acoustic sessions.

Our bass player, Bryan Percivall, also graduated from Berkeley, and I’ve been playing music with him on and off for over a year now. Bryan is an incredible bass player.  He also sings backing vocals, and plays upright bass during our acoustic sessions.

Our electric guitar player, Charlie Rauh, is a professional badass.  Earlier this summer we held auditions for an electric guitar player. After hearing twenty-something Berkeley grads play the part we wrote for them all with equally impeccable chops, Charlie walks in carrying what appears to be a guitar-hero controller and an amp about the size of a bread box.  After my 20-minute rant about the awesomeness of his visible Sigur Rós tattoos, Charlie proceeded to play an eerie, minimalist part to our song which we loved instantly. He has since added an element to Stargroves which I very much appreciate.

Oskar Häggdahl is our newest addition to the group.  Oskar first started playing with us on some cover songs, and he would show up to practice with all manner of pots, bands, bells, whistles… you name it.  In order to match the acoustic feel we were going for, he rigged up a tambourine bass-drum and replaced his high hat cymbals with a collection of colorful shakers and do-dads.  Oskar has continued to rehearse with us and we couldn’t be happier with him.

You spent several months in Iceland before forming the band.  Why Iceland?

To be honest I had been wanting to visit Reykjavík for a long time. Icelandic music has been a huge inspiration to me, and it just seemed like the perfect time to make the trip! 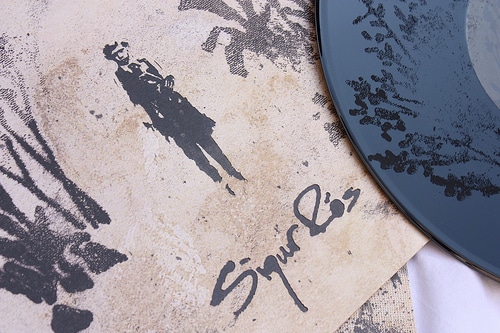 How has Icelandic artists like Sigur Rós influenced Stargroves?

Sigur Rós has had a HUGE influence on Stargroves.  Actually, our next single (shooting for an October release) is titled “Within Me a Lunatic Sings” and is a response song to Sigur Rós‘ “Inní mér syngur vitleysingur.”  The raw power and authenticity of emotion so prevalent in their music is something we have really focused on applying to this album, and hopefully it shows!

The song Westfjords, your first collaboration with Abigail Breslin from Little Miss Sunshine, is titled after the northwestern peninsula of Iceland. You lyrics talk about the mythical trolls that are said to inhabit this region. Did you see any trolls during your visit?

Haha to be personally honest I never made it out to the Westfjords. My mobility was limited to friends in Reykjavík who owned cars. However, I heard plenty of talk of fairies and trolls. Either from folks who seemed to believe in them, or from others who were sick of the stereotype that all Icelanders are superstitious.  The song is meant to be tongue-in-cheek, but hopefully it evokes some real imagery and emotion as well!

Should we expect future releases from Stargroves to be about Iceland?

Heck yeah! There may even be a song or two with Icelandic titles.

How has Icelandic music and Icelandic culture inspired your music?

I remember being drawn to bands like Sigur Rós and Múm because they were shocking.  I hadn’t heard anything quite like it before and that was powerful, but the best thing that came out of it was bringing me to Reykjavík.  When I was there in January, the sun would rise at 11:30 AM and set by 3:30 PM, and there was about four feet of snow, so you basically had to have a monster truck to drive anywhere, and people did.  Coming from New York City it was a big adjustment, but I fell in love with it pretty quick.  While I was there, I wrote the best songs I’ve ever written, songs that I’m really proud of, that I would actually listen to.  I plan on making the trip [to Iceland] at least once a year, maybe in the summer next time!

Stargroves has been getting a lot of attention since the release of the song “Westfjords”.  How did the collaboration begin with Abigail?  Are there plans for future recordings together?

I’ve known Abbie and her family for about a year now, and they are the kindest most talented people I’ve ever met.  I’m glad to say we’ve become friends. When I got back from Iceland, I asked Abbie if she would sing on a few songs, which she accepted and we had a lot of fun recording them!  As for the future, she is singing lead with me on our next single, and we’ve been talking about doing a show together.  That said, Abbie is a delight to work with and we would love to have her accompany us further as the project moves forward!

I love your cover of the song “What the Snowman Learned About Love.” It has an eclectic grouping of instruments and sounds.  What was the inspiration for this compilation?

Ah, Stars is another band I could talk about for hours.  They have been a huge inspiration for our music, and in the studio I’ve actually used Torquil Campbell‘s voice as a model for my own.  For me, “What the Snowman Learned About Love” is one of those songs that has some ridiculous, unbelievably high play count on my iTunes.  Covering it, however, presented a challenge because the original instrumentation is largely electronic.  We decided to tackle it anyways. We figured we could transfer the many interweaving melodies onto acoustic instruments like Banjo, Accordion, Harmonium, Violin, Melodica, and Toy Piano.  It was a bit of a long shot, but I couldn’t be happier with how it turned out!

How do you feel about  social media and its effect on the music industry?  How have you used social media for Stargroves?

I spend a lot of time on Twitter interacting with fans and potential fans.  What I try not to do, though, is spam.  I don’t use any kind of automation and every message I send is a personal one.  Basically, if someone wants to start a conversation, I almost never turn it down.  This means I spend about an hour answering DMs every night from both the @Teddy_Watson and @StargrovesBand accounts. Twitter occasionally gets mad at me, but I really believe that people appreciate the personal element.  It is so easy these days to interact on a personal level with the people that like your music,. With Indie bands, I almost never see that happening. I think social media is sometimes underutilized.

Just responded to Fan Question “whats the difference between the…” via @fanbridge here: fburls.com/20-aLo7W7LB – Ask one too!

Besides “Westfjords”, do you plan to launch future singles and albums on iTunes? 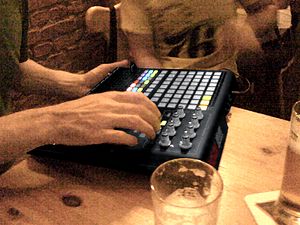 Do you use a computer when compiling your ideas?  If so, are you a PC or Mac guy?  What type of software do you use?

I’ve never really had a choice. My whole family is crazy about Apple.  I use a bunch of stuff but my main programs are Logic and Ableton Live.  I’ll create my demos in Logic, which me and Enrico will send back and forth. But I think Ableton Live is just great for creating loops and melodies. They have a great selection of sounds.

Personally, how do you find new music… or is there even time to listen to other bands?

I try to listen to new music as often as possible. I’ve always felt that exposure has been the best way to improve my own songwriting. Mostly, I get new music from friends, as my friends are all crazy people obsessed with music.

Any learnings and advice for new bands trying to break into the industry?

Talk to your fans!  It takes time and there’s really no shortcut but it will pay off!

Finish this statement… “I want all our Stargroves fans to…”

We want all our fans to move to Iceland so we can play a show there!!

Thanks again to Stargroves and Teddy Watson. This was a fun interview. Are you already a Stargroves fan? What do you think of their new music? Please post your comments below.

NERD NOTE: Did you know that Stargroves is also the name of an English manor once owned by Mick Jagger of The Rolling Stones? The Stones made several recordings at Stargroves including tracks from “Exile on Main Street” and “It’s Only Rock ‘n Roll”. Several episodes of the popular BBC-TV show, Doctor Who, were also filmed thete. Source: Wikipedia

Tim Cook Apologizes for Apple Maps App Issues In Open Letter
Next Post:How Much Does It Cost to Charge an iPad for a Year?