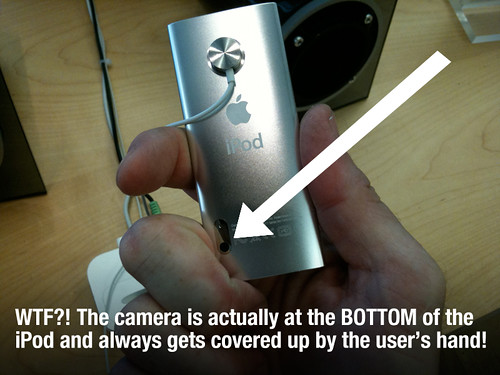 The camera is actually on the back BEHIND the click wheel — exactly where your hand is! There is virtually NO way to hold the new little iPod Nano and NOT have your damn finger in the way of the lens. No joke. What was Apple the thinking?

I went into the Apple Store yesterday and wanted to buy a new Nano. The video camera was so poorly placed that I refused to buy it. I looked at five different Nanos and all of them had test shots by customers. Virtually all photos had fingers in the picture. 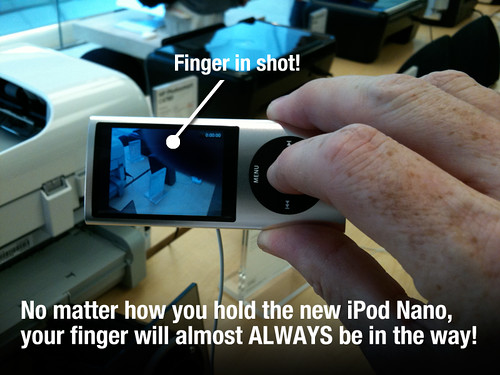 Think I’m kidding? Go try it. I asked an insufferable hipster Apple employee about this flaw and he nervously confessed they’ve heard nothing but complaints since the new iPod Nanos arrived. (This pimply-faced, unshowered hipster by the way, was wearing a wool ski cap inside on a sunny, 80 degree New York day.)

Insane! Apple is usually excellent at this sort of common sense… Who puts a f-ing camera right where your hand holds the device?