If you "Like" us on Facebook, then you've probably already seen our "Superfan" feature in action. A few times a month, we single out some individuals in the MethodShop community for being awesome. Superfans get interviewed for our blog and their photo featured in our Facebook profile. There's no official entry process. Just "Like" us on Facebook, tweet us, leave blog comments and engage. If you standout from the average reader, we'll notice. Please say hello to the latest MethodShop Superfan…Wade.

May 5, 2011 by Giacinta Pace
FacebookTweetPinLinkedIn 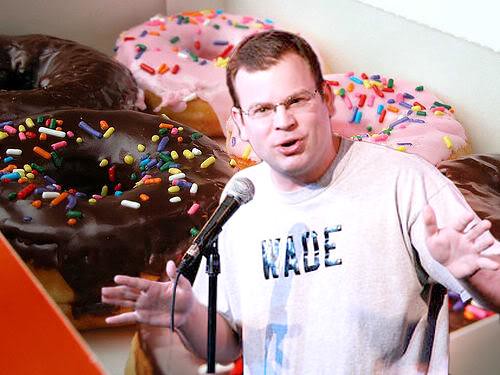 If you “Like” us on Facebook, then you’ve probably already seen our “Superfan” feature in action. A few times a month, we single out some individuals in the MethodShop community for being awesome. Superfans get interviewed for our blog and their photo featured in our Facebook profile. There’s no official entry process. Just “Like” us on Facebook, tweet us, leave blog comments and engage. If you standout from the average reader, we’ll notice.

I’d say because I’ve been visiting the website since early 2000. I’ve been a fan for 11 years plus. I’ve seen it grow from a little baby boy into the huge INTERNET HE-MAN that it currently is. MethodShop even inspired me to join Twitter way back in 2007. Do you know how many Adam Wade’s there are in the world? A lot. But I was lucky enough to grab @AdamWade on Twitter first because MethodShop kept writing articles about Twitter and got me all wound up about it. I was like what’s this Twitter? So I just signed up. It’s one of the smartest things I’ve ever done… besides registering AdamWade.com.

You have written several articles for MethodShop, what is your favorite one and why?

My piece on Bob Dylan’s Top 5 Albums is my favorite. He’s my favorite singer and it’s nice how other people commented/interacted with the piece. I gave my personal favorite albums and people came up with their own too. A guy named ‘Jason Wallace‘ had 3 that were the same as me. I think that’s pretty damn good!

Why should people read MethodShop?

It’s got a little of everything, computer knowledge, pop culture, viral videos, the site is incredibly entertaining and interactive. It continues to be ahead of its time. Plus, MethodShop.com is based in Hoboken, NJ just like me.

What do you think of Social Media?

Social Media has really helped me promote and get people to my shows. I do a lot of comedy and storytelling shows in the city [New York City] and back in 1998 the only major ways you could promote were through the Village Voice or some other New York newspaper, or basic mailing list (stamps are EXPENSIVE). Now with Twitter and Facebook you can really keep things current and rope in fans.

Tell me about your fairly recent Social Media interaction with Dunkin Donuts?

I did an experiment about my love for donuts two years ago where I Tweeted about which donut I got each day. Dunkin Donuts found these Tweets and started to mention me on their own Tweets.  It was really cool. My love for donuts got such a following on Twitter and Facebook that my friend Elicia Berger and I had “Donut Palooza” where were did a donut pub crawl one Sunday afternoon. Over 50 people came! Sadly, due to health reasons I’ve given up donuts (this is a MethodShop Exclusive). 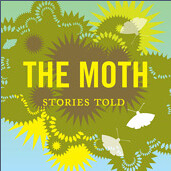 Currently, you are the all-time Moth Storytelling Champion. Tell us what that is and how this honor makes you feel?

It’s a huge honor. The Moth is a great non-profit organization, and I’m incredibly thankful to be a part of it. I have met SO MANY TERRIFIC and TALENTED people there. I found out about The Moth 7 years ago, and to me it was a HUGE BREAK. JUST IN FINDING IT! I’ve been on their popular podcast and I’m on their best of CD that’s currently out. I take comfort knowing I’ll always have a place to go to see friends and tell stories.

You have been on SNL and Conan. What were those experiences like?

My roles on both shows were small, but all VERY EXCITING! 10 years ago, Dana Carvey hosted and I got to be in the “Church Lady” sketch. I got to play a fellow Church Lady.  Even though it was a background role, it was so exciting to be there in Studio 8H in front of a live audience.

For Late Night With Conan O’Brien, I played “a nerd” in a few sketches and a Scottish, Jack Daniels drinking Frankenstein in a sketch. Late Night is one of my favorite shows ever, so I feel really lucky to have been on it.

The experiences with these two shows helped me when I got the on-camera job on ESPN’S Classic Now from 2007-2008. I co-wrote and starred in many sketches and interview segments for that show such as ‘Adam Wade: Red Sox GM‘ and ‘The Adam Wade 1 Question Interview‘ where I interviewed Reverend Run from Run DMC. I also got to go to Super Bowl XL to cover Media Week for the show. It was AWESOME!

Who inspires you and why?

My family.  They taught me to work hard and be a good person. My friends also inspire me, too. I’m so fortunate to have friends who are willing to take me out to a fancy restaurant and treat, help me fix my computer, and just be there when I need to talk to someone. I find a lot of strength in both my family and my friends.

I cook a mean salmon. Seriously, I spray Pam on a cookie sheet, lay the salmon down, add a little lemon, garlic powered, salt and pepper and cook it (bake 400 for 30 minutes) and it’s INCREDIBLE! Yes, the apartment smells like fish for the next 5 days, but when the odor is gone, that’s when I know it’s time to cook salmon once again.