If you "Like\" MethodShop on Facebook, then you've probably already seen our "Superfan\" feature in action. A few times a month, we single out some individuals in the MethodShop community for being awesome. Superfans get interviewed for our blog and their photo featured in our Facebook profile. There's no official entry process. Just "Like\" us on Facebook, tweet us, leave blog comments and engage. If you standout from the average reader, we'll notice. 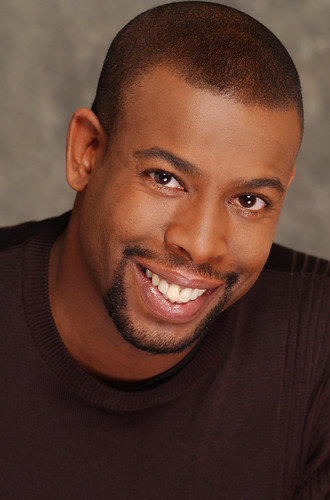 From sex guru, Dr. Ruth, to the Bacon Queen, Amy Vernon, we love our fans. A few times a month, we single out some individuals in the MethodShop community for being awesome and deem them “Superfans.” Superfans get interviewed for this blog and their photo featured in our social media accounts. There’s no official entry process. Just “Like” us on Facebook, tweet us, leave blog comments and engage. If you standout from the average reader, we’ll notice, and feature you.

How did you find out about MethodShop.com?

I was told that they were an awesomely entertaining site; I was not misinformed.

I am awesomely entertaining; anyone who says different is itching for ring around their eye… or they’re my parents.

What is your favorite MethodShop article and why?

Right now it’s Daft Hands because I hate these type of vids, but this one is good.

What kinds of jobs do you do for cash?

Prostitution, but I ended up owing money and I think that defeats the purpose; now I do comedy so I can buy prostitutes.

What is your favorite/least favorite part of your job?

What are some of your favorite gadgets?

I use my smart phone to record my sets and my Mac Book Air to edit them.

What is the most insane thing you have ever done?

Please, do I look like a rapper? I would never publicly disclose my illegal activities – not that I have done anything illegal, but I wouldn’t tell you if I had.

Who inspires you and why?

I love haters! When they come for you, you know you’re doing something right. I revel in being a source of irritation for anyone who isn’t living life positively.

Tell us something about yourself that people close to you reading this right now won’t already know.

What is your claim to fame?

I have no fame, that’s the problem.

Hopefully a book. I also have a new TV show coming out but it won’t be until Thanksgiving so….. [Nice’s new show ‘Home Strange Home,’ featuring the most unusual homes in America, will air on HGTV this fall.]

Please complete this sentence…I want everyone reading this to…

FacebookTweetPinLinkedIn
Tag: Chuck Nice, Comedian, comedy, HGTV, Interview, methodshop, methodshop, Philadelphia, Photos, Stand-up comedy, tv
Previous Post: « Why I Switched from an iPhone to the Nokia Lumina 900
Next Post: How To Turn Your Facebook Page into a Movie with Timeline Movie Maker »