Looking for some fun but really creepy Halloween pumpkin carving templates? How about the “Here’s Johnny scene” from the 1980 film The Shining? It’s one of the most memorable and frightening movie moments of all time. Here’s a Shining pumpkin carving stencil that you can use to make your own creepy Jack Nicholson pumpkin.

Did this artist use a projector or laser? We’re not sure but this Jack Nicholson-O’-Lantern is nothing short of fantastic.

Download and print out this Shining pumpkin carving template to help you stencil this image of Jack Nicholson on your pumpkin.

Even if you’re an experienced pumpkin carver, do you think you can beat this effort? Just the detail that this artist put into carving Jack Nicholson’s teeth is unbelievable.

NERD NOTE: The Shining was produced and directed by Stanley Kubrick. The 1980 classic horror film stars Jack Nicholson, Shelley Duvall, and Danny Lloyd. The film debuted to mixed reviews but is now considered one of the best horror films of all time. In 2018, The Shining was selected for preservation in the United States National Film Registry for being “culturally, historically, or aesthetically significant”. 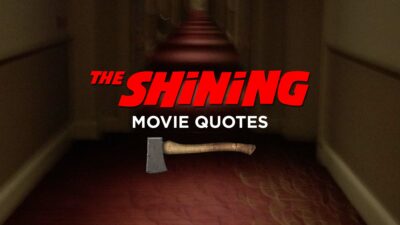 Videos Of People Who Immediately Regretted Peeing On An Electric Fence
Next Post:The Real Life Connection Between The Spinal Tap Stonehenge Scene And Black Sabbath