While I Was Away [video] 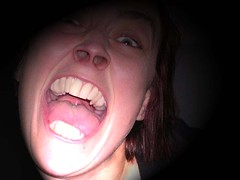 At one point in our lives, we’ve all had an angry girl/boyfriend experience. But chances are, you didn’t immortalize that experience in a YouTube video. The video above chronologically takes you through all the emails sent by an angry girlfriend who forgot that her boyfriend was going to be in Europe for 2 weeks.

“During the Summer of 2007, I had the opportunity to backpack around Europe for 2 weeks. I talked about it often before I left. My girlfriend however, although great in many respects, was not the world’s greatest listener. I left on Friday June 1st. Despite even calling her to say goodbye the night before, she never realized I left. When I arrived home 2 weeks later, I had several emails from her, waiting in my inbox…” – JD

The songs used in the video are (in order):