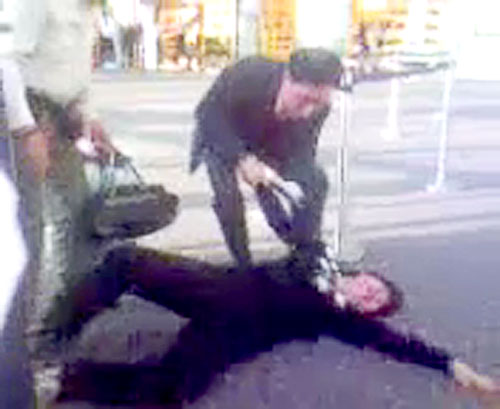 Ever miss a flight before? How did you handle it? Did you just take the next available flight or did you flip out and throw an adult temper tantrum at the boarding gate? If you chose the latter, then congratulations, you could be an Internet celebrity.

The video clip below is of a hysterical passenger screaming and writhing on the floor after missing a flight from Hong Kong to San Francisco. The three-minute clip is a YouTube sensation and has racked up over a million video views in less than 4 days.

The video starts with the screaming woman running towards the departure gate and bouncing off a female security guard, after she learned that the plane’s doors had already closed.

She then starts banging a desk before collapsing to the floor and rolling around in tears.

Digg.com user Terencec translated the conversation the woman had with the airport gate staff from Cantonese to English:

Maybe a friend of hers should recommend Prozac and leaving for the airport a little earlier.