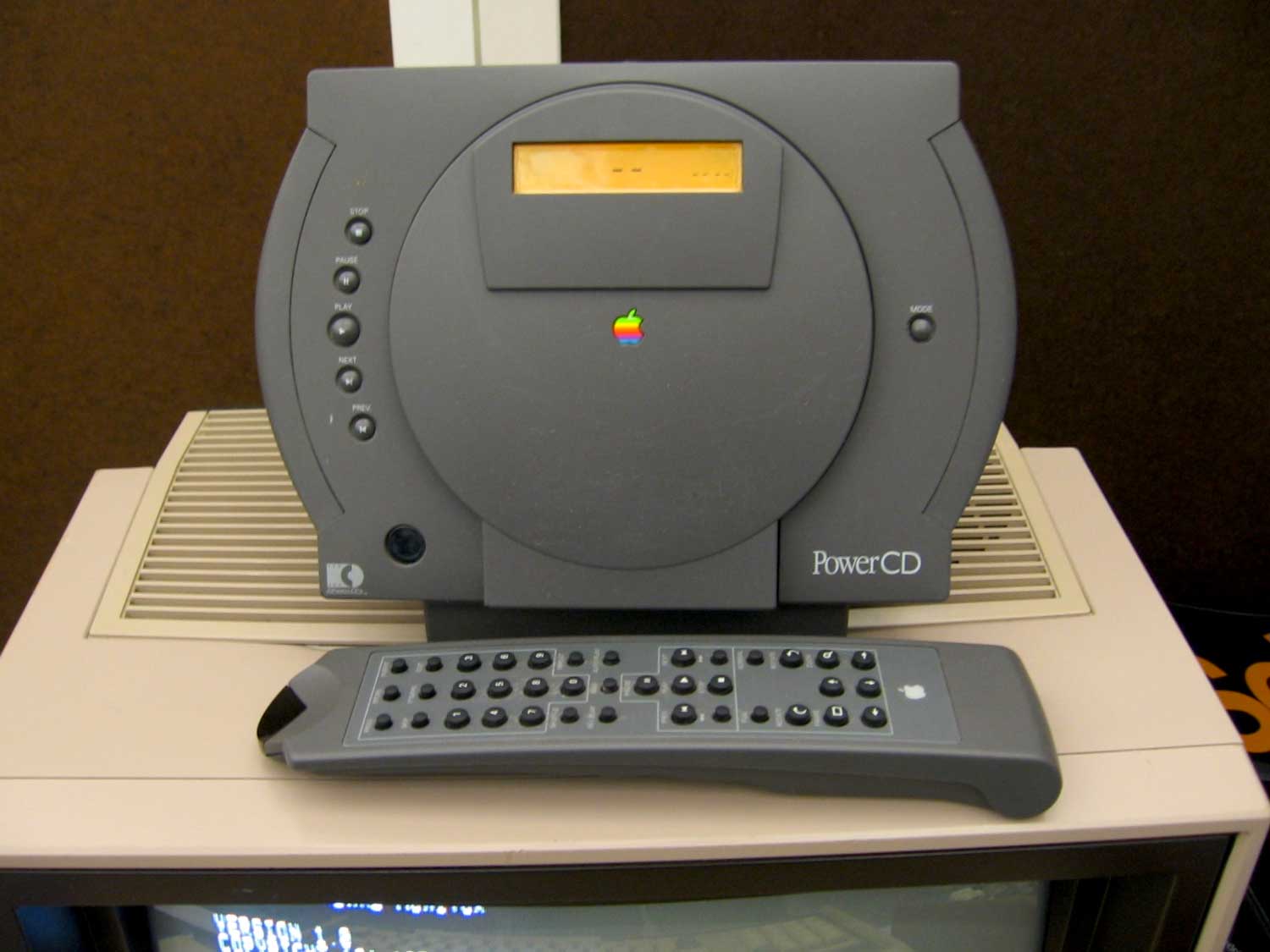 Before the iPod and the iPod Hi-Fi, there was the 1993 Apple PowerCD. The PowerCD was a short-lived “portable” disc unit that could function as a stand-alone CD player, a 1X (150K/sec) SCSI CD-ROM drive or a Kodak Picture CD player that could be attached to a television. It came with a 12v AC adapter and remote control.

I’ve Never Even Heard of The PowerCD?!

Chances are you’ve never even heard of this obscure Apple product. The PowerCD didn’t last very long and was discontinued after only a couple years. The PowerCD and the Apple Pippin are probably the rarest Apple products ever released. Even finding one of them on eBay is extremely difficult. 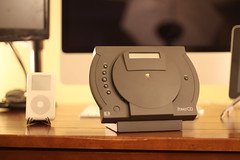 The Apple PowerCD was billed as a “portable” media center, but it required 6 AA batteries, external speakers, lots of cables and a small backpack to carry it all. In reality, the Apple PowerCD was completely impractical for portable use, unless you had a sherpa to lug it around for you.

Beyond its portability problems, several factors led to the failure of the PowerCD.

Was It Innovative Or Dumb?

Was the PowerCD ahead of its time? If Apple released an external DVD player that you could hook into your TV and computer at the same time would you get it? 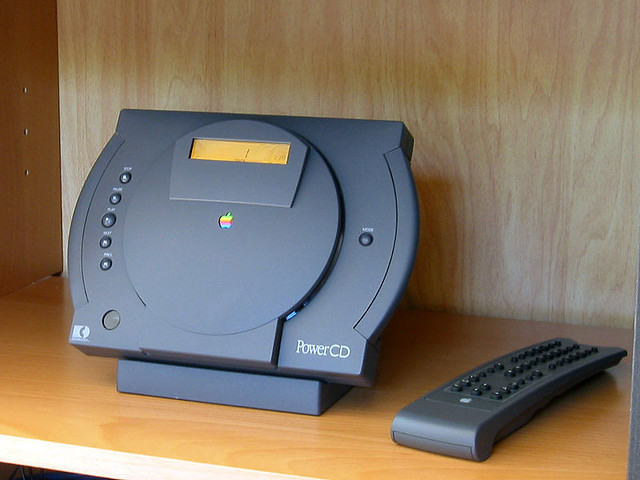