As part of the promotion for the highly anticipated film Watchmen, Warner Bros., and DC Comics created a Watchmen motion comic version of the acclaimed graphic novel.

What Is A Motion Comic? 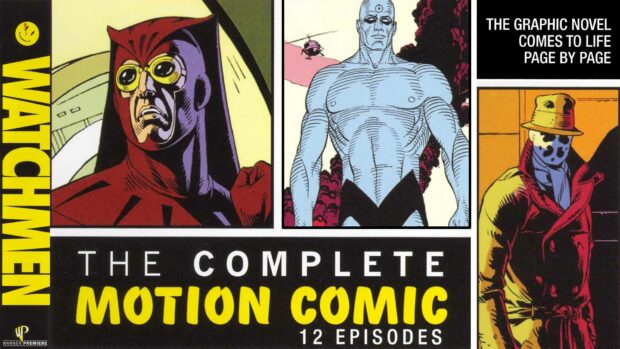 In case you are unfamiliar with the term, a “motion comic” is somewhere in-between a comic book and an animated video. Slow camera zooms of slightly animated comic book frames are combined with music, sound effects, and voice-overs to bring traditional comic books alive as video shorts.

The motion comic version of “Watchmen” takes viewers through the critically acclaimed Hugo award-winning graphic novel by Alan Moore and Dave Gibbons. You can download it on Apple’s iTunes. 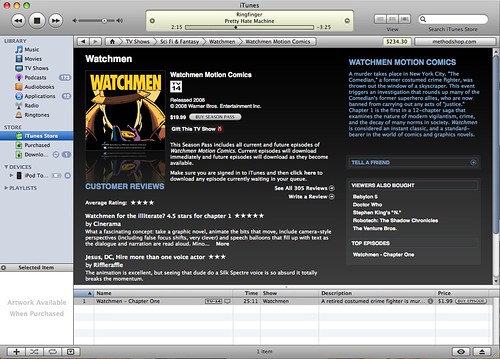 Watchmen doesn’t premiere in theaters until March 6, 2009. Zack Snyder from 300 and Dawn of the Dead is directing.