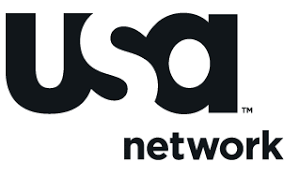 The Mary McCormack vehicle bettered its lead-in by 12 percent, as the new season of Law & Order: Criminal Intent got underway at 9 p.m. in front of a national audience of 4.58 million viewers, per Nielsen live-plus-same-day ratings data.

Past performance suggests In Plain Sight will have delivered an even greater audience once live-plus-seven-day data is computed. Upon factoring in a week of time-shifted viewing, last year’s premiere was seen by 5.92 million viewers, an increase of 13 percent over the original measurement.

Fox News Channel retained second place, a position it has held for nine consecutive weeks. The news net drew 2.48 million viewers, 602,000 of which were representatives of the core 25-54 demo.

The O’Reilly Factor continued to be a big draw for FNC, as the April 15 installment of the 8 p.m. show averaged 3.98 million viewers. On the following night, O’Reilly drew slightly less than 3.9 million viewers.

TNT jumped back into third place with 1.93 million viewers, improving on the prior week’s average nightly delivery of 1.51 million. The Turner net put together its best demo number among the 25-54 set, taking second with 942,000 viewers, while finishing third among 18-49s (928,000).

Nickelodeon/Nick-at-Nite closed out the week in fifth place, averaging 1.65 million viewers. Nick got a big lift from Johnny Depp, who helped celebrate SpongeBob SquarePants’ 10th birthday by appearing in the new special SpongeBob vs. The Big One. The half-hour show was one of the year’s biggest draws for the kids’ net, delivering 5.78 million viewers in the Friday 8 p.m. slot.

In terms of individual program deliveries, no one network claimed dominion over the 18-49 demo last week, as USA, Discovery Channel, MTV, Comedy Central and ABC Family all put up big numbers with their respective offerings. On Monday night, season five of Discovery’s Deadliest Catch netted 2.6 million members of the demo, while a three-hour block of WWE Raw averaged 2.54 million 18-49s.

Disney Channel once again finished third among all basic-cable nets, as the non-ad-supported Mouse averaged 2.4 million total viewers. Disney landed its biggest delivery of the week with a new episode of Hannah Montana, drawing 4.82 million viewers Sunday night at 7:30 p.m.