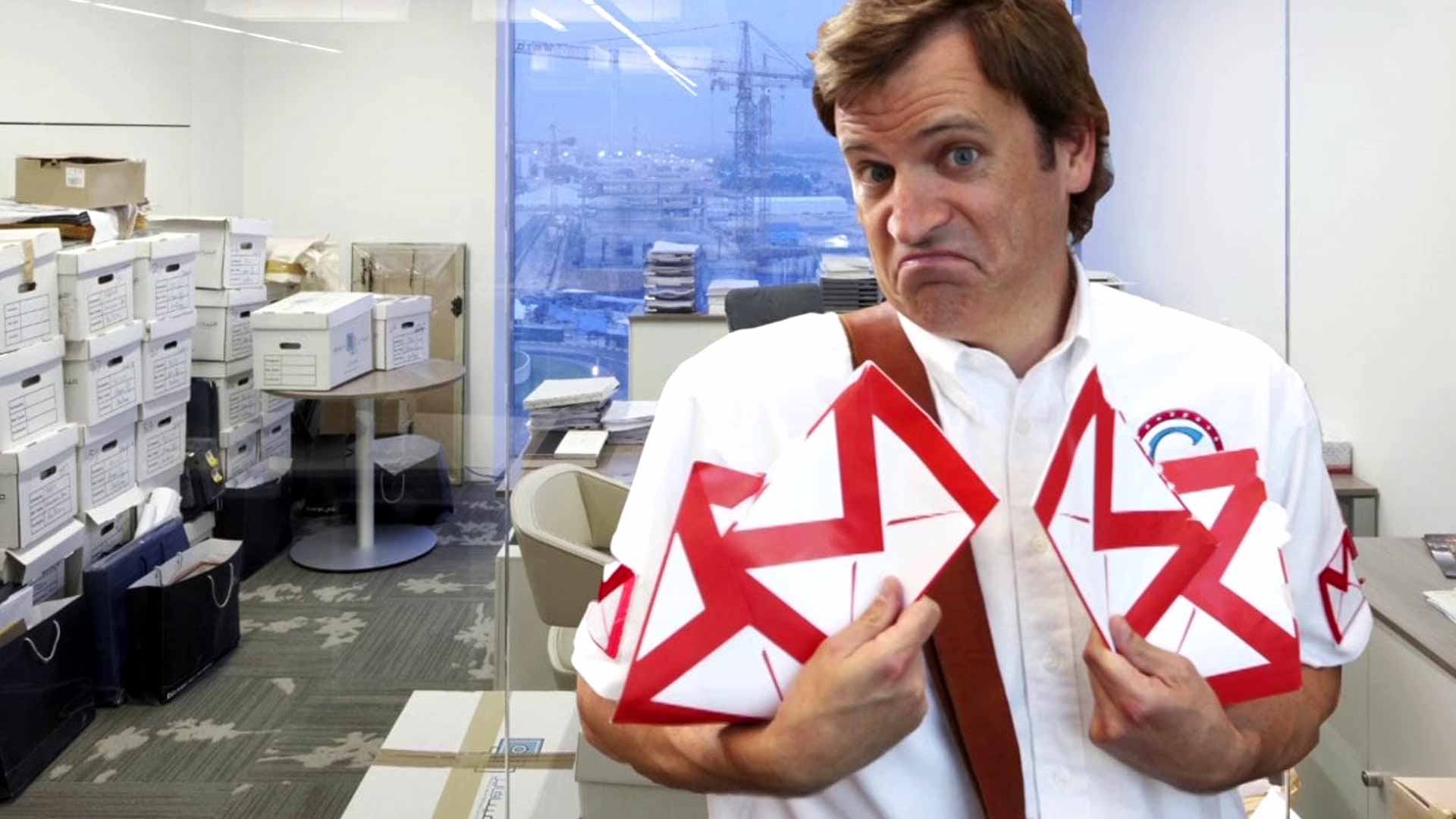 He’s everywhere and nowhere at the same time. He peeks at at every email subject and analyzes all your punctuation… He’s the Gmail Man!

Microsoft created a parody video poking fun at Gmail’s privacy issues and played it at in an internal conference to promote Office 365. It wasn’t intended for the general public. It’s good and I’m not surprised it got leaked. It’s a fun parody, like you might see in an SNL skit. It does bring up a privacy issue, though. Even though it doesn’t publicly announce that Carolyn Johnson actually has painful burning sensation, it does question who sees what is in someone’s supposed private email.

Google has since renounced that video, saying they have privacy in place. They even quipped by saying “We can’t even read through our own email, let alone billions of others”.

In the meantime, Carolyn’s “Burning sensation” turned out to really be a lasagna that was burning and her husband thought it was sensational. Therefore, the ad that GMail man mentioned did not fit the situation.

You can turn off what Google calls “Web Clips”. Just uncheck the box or remove any advertisers that offend.