Need help picking sessions to attend at SXSW Interactive? Here are some suggestions.

So I’ve been on a Google Hangout all weekend with some great Social Media names, like Steve Garfield, C.C. Chapman, Jeff Cutler, Lynette Young and Jason Falls (amongst many others). We have been talking about our SXSW (South by SouthWest) plans for the weekend. Of course, I will be going down for the interactive portion of SXSW, and being an N00b to this whole experience, I have been really soaking up information so I can make the best plans.

I don’t have a ticket just yet (let me know if you want to sponsor me…;).  But I am still putting together my schedule as if I am going to be at the conference. Because there are a lot of great sessions that I don’t really want to miss.

In fact, I put together my top sessions you should attend at SXSW. Keep in mind, I create video content, blog and in Social Media. So these picks are geared toward my preferences.

Richard Garriott is the creator of the MMORPG game, Ultima. I grew up as a teen on Ultima II, III and IV. He was the first second-generation astronaut to fly into space as Garriott visited the International Space Station. So to find out how he went from game icon to space explorer should be an interesting talk.

02) How to Read the World by Baratunde Thurston

Baratunde Thurston (www.baratunde.com) is a very comedic person. His role at the Onion, along with the new book – How to Be Black – should prove this session a big hit. He is politically active and outgoing. He also contributes to CNN, MSNBC, BBC, and many other news organizations. Most important, he is ripping up the scene.

This session is bound to be one talked about for the 2012 SXSW archives.

03) Frank Abagnale‘s Catch Me if you Can

Frank Abagnale was better known as Leonardo DiCaprio‘s role in the movie “Catch Me if you Can”. He is one of the most respected authorities on forgery, embezzlement, and security. That is, because he did it himself – and mostly got away with it. It’s not an easy thing to fake being a doctor or airline pilot, but Frank did that, and posed as other people while writing fraudulent checks equalling 2.5 million.

This session should be a captivating one. After all, there are thousands of Frank Abagnales out there. Trying to avoid them in life is a good idea.

George Carlin is – by far – one of the most influential comedians of our time. His passing was a sad day in America, but he does live on. So how does the only child of this great comedian do it?  By making a chronicle of his life.

It’s not the only thing Kelly Carlin does. She is a radio host, social commentator, author, and comedian in her own right. If you never saw a live stand up of George Carlin, this may be the closest thing you will ever get. 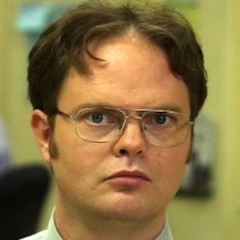 05) The View from Inside Rainn Wilson‘s Brainstem

I’m a little torn on this because Rainn Wilson’s session is the same time as Kelly Carlin. Rainn, who is the iconic  “Dwight” from the Office, is also the co-creator of SoulPancake. Rainn has some great insight into building online communities and developing content that brings over 1 million page views a month. No waffling, there.

Jeffrey Tambor is the iconic father (and twin brother) on Arrested Development, but I remember first seeing him on Three’s Company. Since then, he has been on many shows and movies you might have grown up watching. Love Boat, MASH, LA Law, Max Headroom, and of course, his supporting role in The Larry Sanders Show. He was also in the Hangover movie series.

Now he wants to show you how to do it.

This is a panel discussion with Dave Evans, Jason Falls, Jeremiah Owyang, Katie Paine and Lisa Joy Rosner. I am not big on panel sessions, but this really piqued my interest.

The main topic is that we don’t need pornographic titles and titillation to get millions of people to come to our websites and videos. With the introduction of Social Media, we can advance on our own. They have become Social Leaders and now they are going to tell us how they did it.

08) Beer and Bots with Dean Kamen and Maywa Denki

I passed Dean Kamen in the hall at CES this last year. I have been thinking about this moment ever since. Kamen has been tagged as an eccentric inventor, with his passions in medical advancements. Of course, he also built the Segway.

Maywa Denki is a also a sensational inventor. He creates toys, musical performance art and more. He has created multiple viral videos, and shows people how to make music with bits and pieces. This should be a powerful session with two people who think outside the box, and create some great things in result.

There are a lot more sessions that are going to be fun. Kevin Smith will be there to talk about how he uses social media. The session “Internet Bubble – the Sequel” is going to ask the question if we are going to repeat 2001 all over again. The guys at Epic Meal Time will be talking about their viral videos on YouTube. Sean Parker will also be there talking about how he has helped in the growth of the digital music industry.

In all, this should be a very exciting SXSW. And I didn’t even mention the parties, how Google is taking over a whole block, and how I only focused on the interactive side of SXSW. If you are not going to attend, you might want to keep your Twitter feeds open, for a lot of great content will be coming through in the next few days.