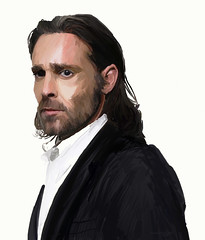 Feel like climbing inside a Viper and fraking a Cylon? According to a Sierra Online press release, this fall you’ll get your chance.

Looking to capitalize on the series’ current popularity, NBC Universal and Sierra Online (Space Quest, King’s Quest, Homeworld) are developing a mini Battlestar Galactica high-definition video game that will be available this fall as a digital download.

The Battlestar Galactica mini game is just a way to wet fans appetites. NBC U is talking to several publishers about making a full size Battlestar game for consoles that would be much broader in scope and encompass the show’s political, military and religious themes. But console games take two or three years to develop.

“The show is really hot right now and the fans want content so we had a lot of discussion to figure out something we could do this year,” said Universal interactive licensing VP Bill Kispert.

Sierra’s Battlestar game will focus on spaceship fighting, allowing fans to play as either humans or Cylons in missions culled from the series. There will also be an extensive multi-player combat element.

Kispert also said that Sierra Online has spent time on the show’s set in Vancouver to incorporate elements from the show into the new game, including everything from actual ships to the computer monitors aboard the Galactica. The game will feature sound effects from the show, including weapons firing, and Kispert said they’re talking about incorporating radio chatter from the show that could feature cast voices.

“Battlestar Galactica” game will be distributed via the Xbox Live Arcade service to download to Xbox 360, as well as for PCs.

Unfortunately, it looks like PlayStation and Macintosh users are being left out on this release. Hopefully that will change before the fall.

For more information about the Battlestar Galactica mini game, visit the official web site at https://www.BSGarcade.com