Pour yourself the perfect White Russian cocktail because the Dude abides. We've got some of the best Big Lebowski quotes for your enjoyment.

Bathrobes, bowling, and a rug that really ties a room together. These three things instantly trigger great memories of the comedy classic movie The Big Lebowski. The Coen Brothers directed a brilliant film but the script is nothing short of a masterpiece. There are so great Big Lebowski quotes that it was hard to narrow down a few for this article.

Following up on their 1996 award-winning film Fargo, The Big Lebowski (1998) is a black comedy about a California slacker, “The Dude” (Jeff Bridges), who accidentally gets involved in a kidnapping crime after a case of mistaken identity. The 1990s caper was named #8 on Entertainment Weekly‘s list of the Funniest Movies Of The Past 25 Years.

Pour yourself the perfect White Russian cocktail because the Dude abides. We’ve got some of the best Big Lebowski quotes for your enjoyment.

Get it right: The Dude is NOT “Mr. Lebowski”. He has to explain things to The Big Lebowski.

That Rug Really Tied The Room Together

The entire movie revolves around the Dude’s infamous rug. It’s what kicked everything off.

Nobody F*$ks With The Jesus

As you can tell already from these Big Lebowski quotes, The Dude’s lines are perfectly quotable at all times. But who can forget John Turturro’s purple suit-wearing character called Jesus Quintana and this famous line?

When You’re Right, You’re… An Asshole

Disagree with someone? Want them to know it? Let the dude be your guide. One line and you’ve dismissed their faulty assumptions.

I Hate The F*cking Eagles

How many times have you heard the song Hotel California this week? The Eagles are on every classic rock radio station in every town. Plus their music is played on the loudspeakers everywhere you go including stores, elevators, and doctor’s waiting rooms. Does your opinion of The Eagles line up with The Dude?

This Is A Very Complicated Case Maude

The Dude runs into a stranger in his bowling alley who asks him how he’s doing. He naturally gives the ultimate laid-back response. No wonder The Dude abides in all of our hearts.

NERD NOTE: The famous Big Lebowski quote, “The Dude abides”, is a reference to Ecclesiastes 1:4 in The Bible. The passage reads: “One generation passes away, and another generation comes: but the Earth abides forever.” It refers to how The Dude is like the Earth. They both can endure change and chaos, but endure those experiences and still remain the same.

NERD NOTE: “Clean” versions of movies are often created so that they can air on broadcast television. This process usually involves removing scenes with nudity or violence and overdubbing dialogue with profanity. To make the overdub look natural, the new audio needs to match the facial movement and syllables of the original dialogue as much as possible. For the broadcast version of the film, the famous The Big Lebowski quote, “This is what happens when you f*ck a stranger in the ass!” was changed to “This is what happens when you find a stranger in the Alps!” The edit is not only funny, but it’s often referenced as one of the most clever overdubs of all time.

Obviously You’re Not A Golfer

The Most Famous Big Lebowski Quotes

We can’t get enough of these Big Lebowski quotes. There are so many more unforgettable quotes and scenes, there’s no way to include them all on one list. It seems like right now might be a perfect time to watch this comedy classic for the millionth time. Maybe do some light Tai Chi or invite your bowling buddies over for movie night.

Want more movie quotes? Interested to learn some behind the scenes facts about your favorite films? Check out our entertainment section for tons of crazy, cool, and quotable information! 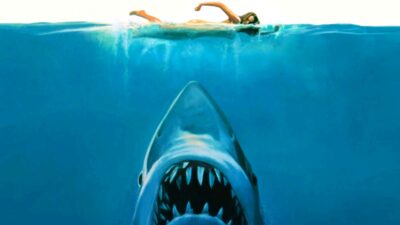 Here are some of the most memorable Jaws quotes in the film’s chronological order. Keep reading to pick out your favorite Jaws movie quotes from this legendary thriller.

Two NYC Pigeons Commit Premeditated Homicide By Pushing Another Pigeon Into An Oncoming Subway Train
Next Post:Mapping The Average Price Of Beer In Every Country (2021)