From their rescue work in the aftermath of 9/11 to fighting sharks, here are some awesome dog videos to watch as you celebrate National Dog Day this year.

2,977 victims lost their lives in America on September 11, 2001. The Flight 93 crash site, Pentagon, and World Trade Center were all horrific scenes with mass casualties. But the World Trade Center, in particular, was a very toxic and dangerous environment. Rescue dogs searched day and night after the 9/11 terrorist attacks for survivors. And when there was no one else left to rescue, they then helped recover remains. As a result, these rescue dogs suffered many of the same health complications as the rescue workers. Many of them passed away a short time afterward.

Your dog is capable of doing more than you even realize. This video complication features dogs doing awesome things like climbing trees, fighting sharks, riding lawn mowers, performing skateboard tricks and much more. 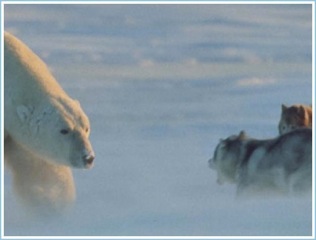 This adorable Dachshund just wants to play with a stick. Unfortunately for everyone nearby, this Dachshund’s “stick” is a lit Roman Candle firecracker. The Dachshund is oblivious of the balls of fire that it’s shooting at everyone as it runs around the yard.

05) A Dog’s Devotion To Dead Owner

Wayne Giroux passed away 5 months ago after being hit by a drunk driver. But his dog’s devotion lives on. His dog Spot still waits for Wayne to come home at the end of the driveway… every day. Grab some tissues before you press play. This video is a tear-jerker.

Cool Wine Opener Hack: How To Open A Bottle Of Wine With A Bike Pump
Next Post: GeoCookies: How Advertisers Can Target The Historical Locations Of Smartphones