Women's Murder Club: Death In Scarlet is an exciting spine-tingling video game from James Patterson that will have you racing to discover the killer.

A new wave of fear descends upon San Francisco in Women’s Murder Club: Death in Scarlet. In this dramatic adventure based off the best selling novels by James Patterson (and TV series), you become the detective, medical examiner, and journalist as you seek to stop a killer and expose the truth. Find hidden objects inside 9 investigations, brain-bending puzzles, strikingly-beautiful artwork, and an all-new original Patterson spine-tingling storyline that will have you racing to discover the killer. Here’s my Death In Scarlet review.

NERD NOTE: Patterson’s best-selling Women’s Murder Club series was adapted for a television series show starring former Law & Order star Angie Harmon. The show premiered in the fall of 2007 on ABC and ran for one season.

The main focus of this game is the crime scene investigation (aka C.S.I.). Use your skills a find clues at the crime scene and analyze your findings in the lab. With each level, you begin at a crime scene where you search for clues and points of interest and examine any bodies. As you work your way through the case, solve puzzles, you will also interrogate suspects, reassemble pieces of evidence and much more.

Sometimes the constant finding things on your list might seem repetitive, but the game is still a ton of fun.

There are several different characters in the “club” and they each have their special talents that help in the investigation:

Fans of the Women’s Murder Club novels might notice that the characters listed above are both from the WMC novels and television series. The only new character in this game is ADA Jill Bernhardt. But Patterson will most likely work her into his next WMC novel. 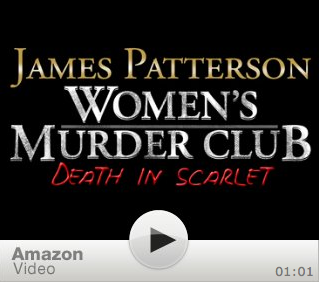 The game Women’s Murder Club: Death in Scarlet features 90 brain-bending puzzles critical to solving each case. If anyone puzzle seems too difficult, there is a bypass option. 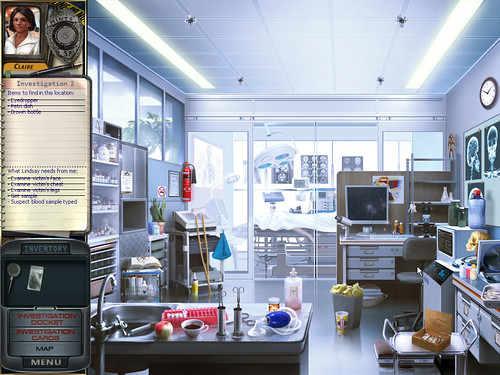 There are also plenty of “mini-games” throughout Women’s Murder Club: Death In Scarlet. The mini-games are little casual games within the game. For example, The Deadlines Challenge is a Wheel Of Fortune type game. 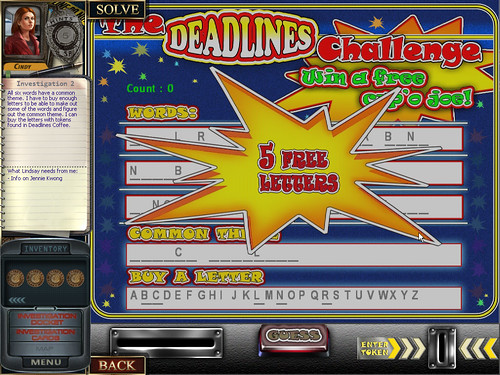 NERD NOTE: In 2007, one of every fifteen hardcover novels sold was a James Patterson title – totaling an estimated 16 million books sold during 2007 in North America alone. In total, Patterson’s books have sold an estimated 150 million copies worldwide.

As a self-admitted addict to these murder mystery genre games (C.S.I., Sherlock Homes, etc.), I was very impressed with the quality of the graphics. The graphics in Death In Scarlet were beautiful. Realistic stylized 3D modeled environments, detailed shading, subtle lighting effects. 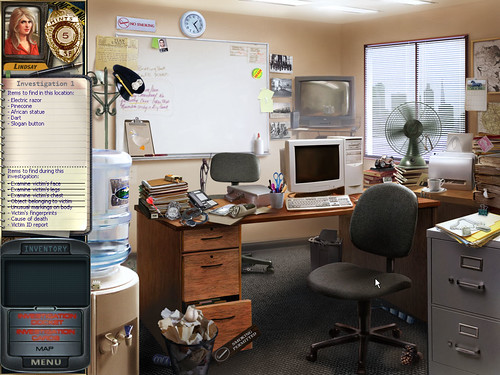 I also really liked the comic book style cut-scenes in between levels. It’s a nice original touch to the murder mystery game genre. I’m currently reading The Watchmen by Alan Moore and it reminded me of that graphic novel. 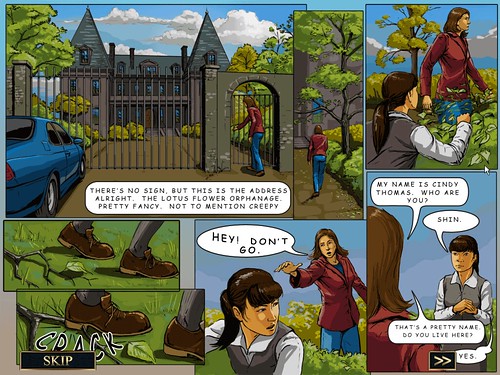 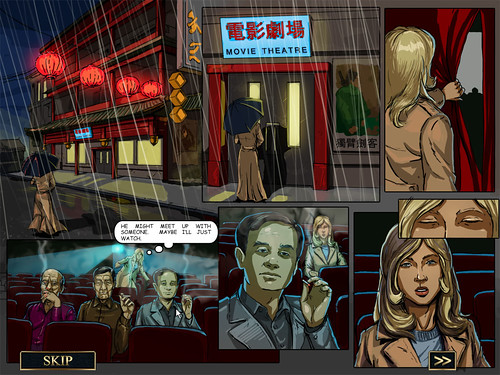 The sound is very important to these types of games because as you search for clues, you might often spend hours playing the same level. Hearing the same repetitive loop of music over and over again will drive any gamer nuts. But the music in this game is surprisingly good. Kind of like a peppy jazz/rock. One of the music scores sounds like a Grateful Dead jam. If you are a Grateful Dead fan, then you know that means that the loops are very long.

NERD NOTE: Patterson is also well known for sharing the spotlight with different co-authors such as Maxine Paetro and Andrew Gross and has often said that collaborating with others brings new and interesting ideas to his stories.

Women’s Murder Club: Death in Scarlet spans across 18 locations and 9 unique investigations. Here are a few hints from the game in case you get stuck. If you really get stuck, here’s a link to a full game walkthrough. 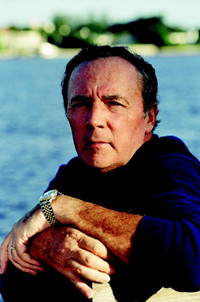 Women’s Murder Club: Death In Scarlet is an exciting spine-tingling video game from James Patterson that will have you racing to discover the killer.

Hours will pass in what feels like minutes as you race to discover the truth and stop a psychotic killer in Women`s Murder Club: Death in Scarlet.

Overall, it is a great game. I just want more levels. Expect this game to entertain you for about 2-3 days. Once you finish Women’s Murder Club: Death in Scarlet, there are a few more murder mystery games that you might enjoy: