It’s OK to eat all kinds of tomatoes again, the U.S. government declared Thursday _ lifting its salmonella warning on the summer favorites amid signs that the record outbreak, while not over, may finally be slowing.

Hot peppers still get a caution: The people most at risk of salmonella _ including the elderly and people with weak immune systems _ should avoid fresh jalapenos and serranos, and any dishes that may contain them such as fresh salsa, federal health officials advised.

Investigators still don’t know what caused the salmonella outbreak, which now has sickened 1,220 people in 42 states _ the earliest falling ill on April 10 and the latest so far on July 4.

But Thursday’s move, coming as the tomato industry estimates its losses at more than $100 million, doesn’t mean that tomatoes harvested in the spring are cleared. It just means that the tomatoes in fields and stores today are safe to eat, said Dr. David Acheson, the Food and Drug Administration’s food safety chief.

“This is not saying that anybody was absolved,” Acheson said. But, “as of today, FDA officials believe that consumers may now enjoy all types of fresh tomatoes available without concern of becoming infected with salmonella Saintpaul,” the outbreak strain.

Early on, there was good evidence linking certain raw tomatoes to the sick, Acheson stressed. Yet inspectors haven’t found the outbreak strain of salmonella Saintpaul on any farms, in suspect areas of south Florida and parts of Mexico, where they’ve managed to trace tomatoes thought to have been eaten by As the outbreak stretched into last month, more evidence emerged against fresh jalapenos _ the FDA’s hottest lead for now. The agency sent inspectors to a Mexican packing house that supplied peppers linked to a cluster of those illnesses.

Also still on the suspect list is fresh cilantro. 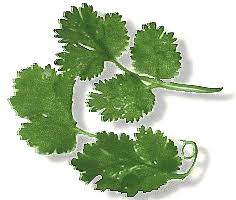