You are here: Home / Animals / This Epic 8-Foot Giant Sea Scorpion Is A Wonder Of Marine Biology

According to experts, the discovery of a claw from a giant sea scorpion fossil indicates that when alive, they grew to be about 8 feet tall.

Giant scorpions are not just something out of mythology or a sci-fi film. They actually lived on Earth and grew up to 8-feet long. Say hello to Jaekelopterus rhenaniae, the largest of the Eurypterid sea scorpions.

Don’t worry, you won’t find a giant sea scorpion the next time you go snorkeling. They lived on earth about 390 million years ago and have been extinct for millions of years. A member of the Arthropod family (the same family that includes spiders, scorpions, and centipedes) sea scorpions were a predatory relative of horseshoe crabs and grew to be larger than a full-grown man.

In 2007, scientists unearthed one of Jaekelopterus rhenaniae‘s claws in a quarry near Prüm, Germany. The claw of the giant sea scorpion fossil alone measured 18 inches long. As a result, scientists estimate the size of an average sea scorpion at over 8 feet long. That’s about the size of a large crocodile.

The Diet Of A Giant Sea Scorpion

Jaekelopterus rhenaniae terrorized rivers and coastal swamp waters feeding on fish, smaller arthropods, and other small animals by ambushing them with its almost spring-loaded arms. It would then slice them up with its spiked claws that were capable of holding onto even the most slippery of fish.

Jaekelopterus rhenaniae was also a cannibal. When the giant sea scorpion couldn’t find other types of prey, they would choose to dine on each other. Yummy!

The giant sea scorpion was the top predator of its day and conquered its swampy territory without challenge from any other fish, animal, or insect. The sea scorpion’s dominance of the food chain might have even been the reason some fish of the era evolved bony shields. This armor might have helped them survive against attacks from the massive sea scorpion!

Scientists have long known about our planet’s sordid past filled with giant horrifying insects and arthropods. But according to paleobiologist Simon Braddy of the University of Bristol in the United Kingdom (a member of the team who discovered the fossilized claw), it’s the first time they’ve ever discovered such a large sea scorpion before. The second biggest fossil of an arthropod that was previously discovered was a 6-foot long giant millipede.

While the sea scorpion sat frighteningly at the top of the food chain, it wasn’t a flawless design by mother nature at all. Giant sea scorpions couldn’t leave the buoyancy of the water. Their legs were so frail that they would snap on land against the creature’s massive body weight.

J. rhenaniae and its family members were hypothesized by some in the scientific community to have reached such epic proportions simply because no other creature could challenge it. Fish hadn’t developed jaws, and other vertebrates hadn’t yet begun to evolve ways to defend against them. Others in the scientific community believe that the increased levels of oxygen in the atmosphere could be what fueled the growth of these massive arthropods.

These creatures were wiped out during the largest mass extinction of sea life in history about 250 million years ago. Their closest relatives could not compete against the new breed of larger vertebrate predators. This forced various arthropods to shrink in size and eventually move to land! The largest arthropods on our planet today are lobsters and spider crabs which are only a fraction of the size of Jaekelopterus rhenaniae. 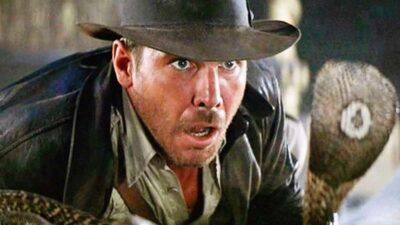 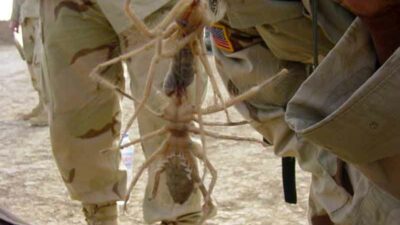 7 Incredible Camel Spider Facts (That Will Probably Creep You Out) 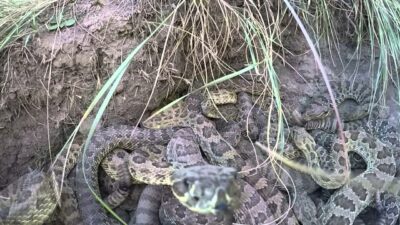 The Story Behind The “I Kiss You” Home Page And How It Made Mahir Cagri The World’s First Internet Celebrity
Next Post: Usual Suspects Quotes: Top 25 Usual Suspects Movie Quotes