'Game For Cats' is an iOS iPad app that features graphics and interactivity that has cats everywhere going wild. 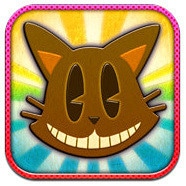 Last night, “we” played with the iOS app: Game for Cats (iPad) by Nate Murray (@hiccupinc). When I say “We,” I mean me and my cat named Jazzy. This iPad app emulates a laser pointer or a mouse, which the cat gets interested in – just like with an actual laser pointer.

My cat Jazzy really got into Game For Cats. When I first showed him the app, he was so excited that he ran from the other side of the room. Jazzy went wild. He was batting at the laser pointer like crazy and scoring big. Every time he hits the red dot, he got 100 points.

As you can see in the video here, I set the iPad on the ground, and Jazzy was continually entertained by Game for Cats. One thing I noticed, was he was looking under the iPad when the laser pointer left the screen. Trying to see where the little dot went.

There is also a butterfly version of the game. This is a free app for iPad, and you can also control the laser pointer with your iPhone. 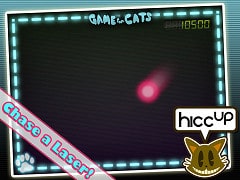 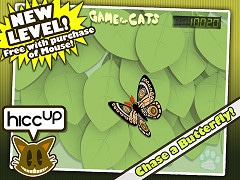 Where To Get “Game For Cats”