iPhone 5 Mockups Created Based on Leaked Parts and Rumors

While rumors of when Apple’s iPhone 5 will be released have yet to be substantiated, the website, TechnoBuffalo, might have a good idea of what it’s going to look like. They created a series of 3D mock-ups based on rumors about the iPhone 5’s frame and information surrounding leaked parts and alleged schematics.

As you can see in this video, TechnoBuffalo’s mock-ups look very similar to the iPhone 4S, but intergrates an elongated display and a slightly different placement for the frontside camera.

TechnoBuffalo’s iPhone 5 concept is probably pretty close to the real thing. Why? Their mock-up isn’t vastly different from the iPhone 4S, and as well all know, Apple doesn’t like to make radical design changes when it comes to the iPhone. If you think about it, Apple hasn’t varied the iPhone design much from the beginning. If we had to place a bet on what Apple CEO, Tim Cook, will reveal next, we’d bet on the TechnoBuffalo concept over Federico Ciccarese’s sleek teardrop design. What do you think? 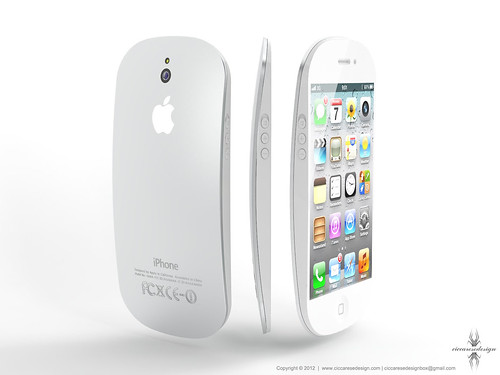 Can the Microsoft Surface Compete with the iPad?
Next Post:How To Completely Fail on Twitter