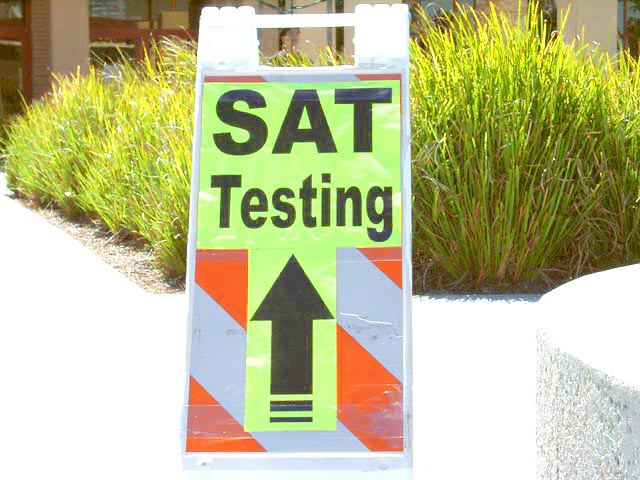 At the age of 33, Colin P. Fahey decided to throw away his dignity, mock his Ivy League education, disgrace his Master’s degree, and prove that in just over three hours he could answer every question on the SAT incorrectly!

If you don’t live in the United States, then you may not know exactly what the SAT is. The Scholastic Aptitude Test (SAT) is a dreaded exam that all high school students in the United States have to take for college admissions. The SAT is given multiple times a year at thousands of testing centers throughout the US. Unless there are special circumstances, the test is given on a Saturday, starting at approximately 9:00 AM in each time zone. So basically if you aren’t paying attention, a single SATurday morning can ruin the rest of your life!

Back in 2003 when Collin took the test, 1600 was a perfect score. Remember, Collin is a smart guy. He’s an Ivy League Grad. But is he smart enough to get every question wrong? What was Collin’s final SAT score? Just 400 points combined (math & verbal). In case you are curious, 400 points is the lowest SAT ‘raw score’ in history. Congratulations to Collin.

But there’s always room for improvement. Collin accidentally got 2 questions right in the math section. I guess you can say Collin intentionally failed at failure. How humiliating! Maybe he’ll do worse next time.

Sure 400 seems low . . . but it rounds up to like 540 Canadian right? You can read more about Collin’s experiment here.