How early is too early for marketers to start hyping their Super Bowl spots? The earlier the better for companies that want to—or need to—make an impact, according to an upcoming survey.

Or, as with Frito-Lay’s Doritos and the NFL, which both ran consumer-generated ads during Super Bowl XLI this past Feb. 4 (on CBS), advance notice was needed to give people time to create spots and then submit them for review. Frito-Lay unveiled its plans in mid-September 2006, four-and-a-half months prior to the game.

Doritos said two months ago that it would reprise its consumer-generated contest with a “Crash the Super Bowl” video challenge for musicians. Beginning this month, consumers can vote online for their favorite. The winner gets 60 seconds during Super Bowl XLII, to be telecast Feb. 3 on Fox.

Marketers who were among the first to reveal their plans around Super Bowl XLI reaped higher levels of media coverage and social network discussion than those who didn’t, according to an upcoming study in the Journal of Advertising Research. The study, from Cymfony, a unit of TNS Media, Watertown, Mass., shows that companies that promoted their involvement before Jan. 14 generated twice as much buzz as those that waited. It also shows that companies that unveiled ads online before kickoff generated 4.3 times more postgame coverage than advertisers who simply announced their participation.

“Pre-publicity is the driver of the postgame discussion,” said Jim Nail, chief strategy and marketing officer at Cymfony. “The top six advertisers in terms of pregame coverage finished among the top 10 in postgame coverage.” Nationwide Insurance topped the list, followed by Budweiser, Doritos, General Motors, Chevrolet and Coke.

Audi, returning after a 20-year absence, will use Super Bowl XLII to launch its ’08 push. Pre-hype includes online teaser videos and codes at Audi dealers to unlocking a sneak peak of the 60-second spot, via Venables, Bell & Partners, San Francisco.

Numerous other marketers have also started pregame buzz. The list includes Bridgestone Tires, in its first year as an NFL marketing partner, which is sponsoring the halftime show; Kraft, making its first Super Bowl appearance in about a decade for Planters; Cars.com’s first Super Bowl buy (two spots); and perennial major advertisers Anheuser-Busch, Coke, Pepsi, Unilever and General Motors. Fox is charging $2.7 million per 30-second spot (though marketers with multiple spots usually get a “discount”).

Also new to the mix is an alliance between Fox and MySpace.com in which all spots that air on the network will also run at MySpace.com/superbowlads. Fox will promote the URL during the game.

“This is an unprecedented amount of money that marketers are putting down and, to some extent, you’re basically reducing risk by making [Super Bowl buys] as holistic as possible,” said Peter Blackshaw, evp-online strategic services at Nielsen BuzzMetrics (which, like Brandweek, is a unit of Nielsen Co.). 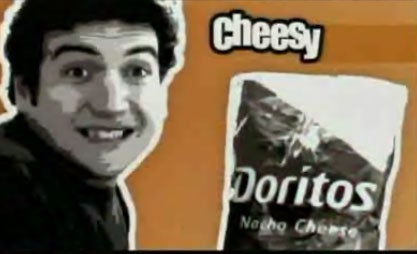