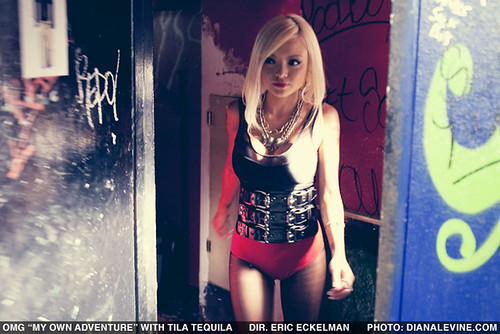 MTV’s latest reality show – A Shot at Love With Tila Tequila – is built around the dishy, scantily clad singer/model who is reputed to have the most friends in the history of MySpace (2,009,335 at last count).

Tila’s career began at the age of 18 when she was discovered at a shopping mall by a Playboy scout and was offered a chance to model nude for the magazine and did a test shoot. Tila was featured as Playboy’s Cyber Girl of the week on April 22, 2002, and a couple weeks later became Playboy’s first Asian Cyber Girl of the Month.

Besides MySpace and Playboy, Tila is also known for her photo spreads in Stuff, Maxim, and her role as host of the popular Fuse TV show Pants-Off Dance-Off.