You are here: Home / Entertainment / Music / Rare Video Of A Nirvana Maxwell’s Hoboken Show From 1989

Rare Video Of A Nirvana Maxwell’s Hoboken Show From 1989

Before Nirvana made grunge mainstream and changed the music industry forever, they were playing dive bars like every other new band. Here's a rare video of an early Nirvana Maxwell's Hoboken performance from 1989.

Before Nirvana made grunge mainstream and changed the music industry forever, they were playing dive bars like every other new band. Here’s a rare video of an early Nirvana Maxwell’s Hoboken performance from 1989.

Here’s a rare video clip from when Nirvana, then a relatively unknown band, played at Maxwell’s in Hoboken, NJ. Maxwell’s is a cozy club/pub co-owned by Sonic Youth drummer Steve Shelley. (Editor’s Note: MethodShop was based in Hoboken from 1998-2013).

At the time this video was recorded, 07/13/1989, Nirvana consisted of Jason Everman (guitar), Chad Channing (drums), Krist Novoselic (bass) and of course Kurt Cobain. Dave Grohl didn’t join the band until 1990. Yes, he was in Nirvana before the Foo Fighters. I’m always amazed by how many people don’t know that.

Don’t expect an HD quality concert video. Remember this rare Nirvana Hoboken video was recorded in 1989. It was probably digitized from an old VHS tape someone found in the bottom of a damp box in their basement. So don’t expect much in the way quality.

The full clip is about 10 minutes long and begins with the cameraman taping their journey from Manhattan to Hoboken on the Path train. Check out the people on the train. Gotta love those giant greasy late 1980s and early 1990s hairstyles. Even Kurt Cobain had giant hair at the time.

Here’s another video of the show. It’s about 20 minutes long and includes the following songs. You might recognize some of Nirvana’s future hit songs like “About A Girl” in the setlist.

About The Venue: Maxwell’s Hoboken

As you can see, the camera is really close to the stage a gets some good shots of Kurt and the rest of the band. Like I mentioned above, Maxwell’s is “cozy” bar, meaning small. To get a better feel of how big Maxwell’s is, watch Bruce Springsteen’s 1985 video for “Glory Days.” The bar scenes were shot at Maxwell’s.

From Bars To Arenas: The Rise Of Nirvana

And to think, 4 years later they would grace the cover of Rolling Stone magazine and play sold-out arenas. Quite the improvement from a tiny bar in Hoboken, NJ. 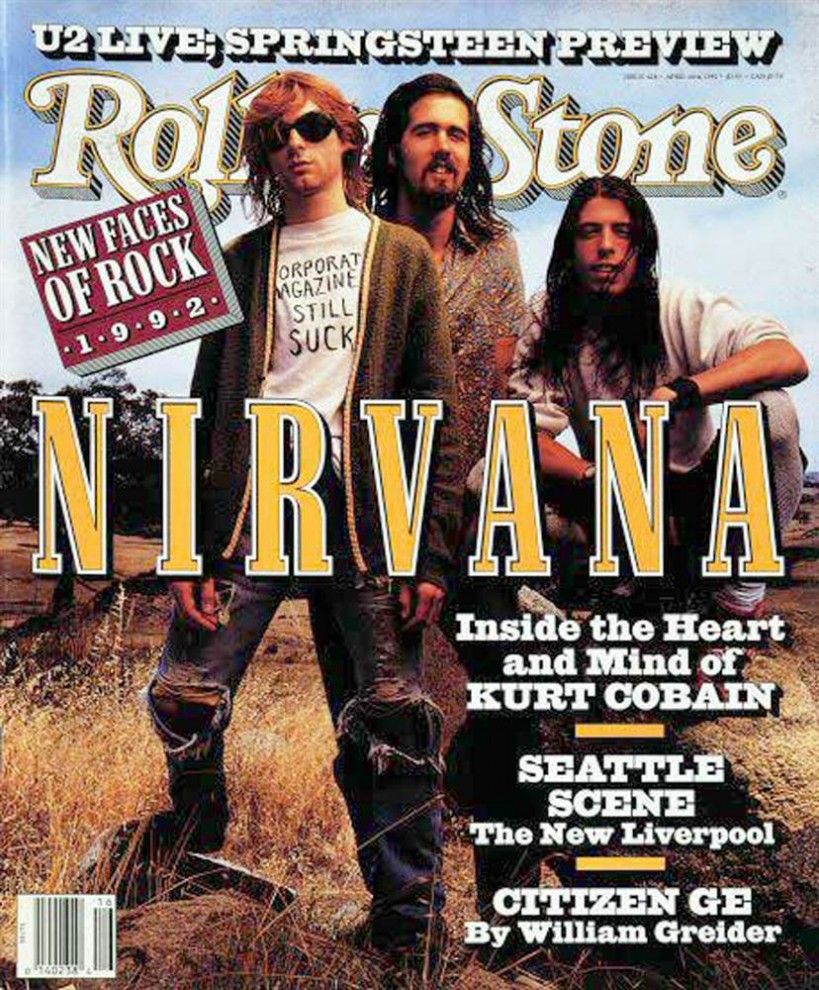 Personally I’m not a huge Nirvana fan. I’ll take Alice In Chains or Mudhoney any day over Nirvana. But you have to respect them. Since Nirvana’s debut, the band has sold over 50 million albums worldwide. Hey, someone has to pay for all of Courtney Love’s plastic surgery.

Rare Video Of A Nirvana Maxwell’s Hoboken Show From 1989