You are here: Home / Entertainment / Games / 8 Interesting Facts About PUBG That All Gamers Should Know

Although games like Apex Legends and Fortnite might earn more press headlines, PlayerUnknown's BattleGround is winning over loyal gamers. Here are some interesting facts about PUBG that every gamer should know.

Although games like Apex Legends and Fortnite might earn more press headlines these days, PlayerUnknown’s BattleGround (PUBG) has continued to quietly sell millions of copies under the radar. The battle royale style game puts up to one hundred players on an island together where they scavenge for weapons and equipment in an effort to eliminate the competition. The last team or player still alive wins the round. Here are some interesting facts about PUBG that every gamer should know.

Although PlayerUnknown’s Battlegrounds isn’t listed in SuperData‘s sales charts, PUBG continues to quietly sell millions of units. SuperData estimates that PUBG sold about 5 million units alone from January to May in 2019.

Although PUBG isn’t a top PC or console game, it still has captivated the gaming community. PUBG was released on March, 23rd of 2017. Six months later it set a new record on the gaming platform Steam for having most multiple online players at once:  1,349,584.

The Name “PlayerUnknown” Was An Accident

The creator of the PUBG, Brendan Greene, is the “Unknown Player”. He got the idea for the name while playing the realistic military shooting game, ARMA 2, at a friend’s house. He played under the handle Player Unknown after trying to change his handle from “Player One”. After that, the PlayerUnknown handle just stuck.

The Creator Of PUBG Isn’t A Game Designer Or Coder

Brendan Greene isn’t a game designer. Before working on PUBG, he was a photographer, deejay, and graphic designer. After a divorce, he started finding new hobbies and taught himself how to code and mod games. Once he had a functional mod of PUBG, a gaming company in South Korea helped him produce the game.

Bluehole Corporation, the company behind PUBG, currently isn’t spending any money advertising the game. The company says that word of mouth about the game is so strong that it hasn’t needed to advertise yet. This just shows how popular the game has become.

Greene Moved From Ireland To South Korea To Make The Game 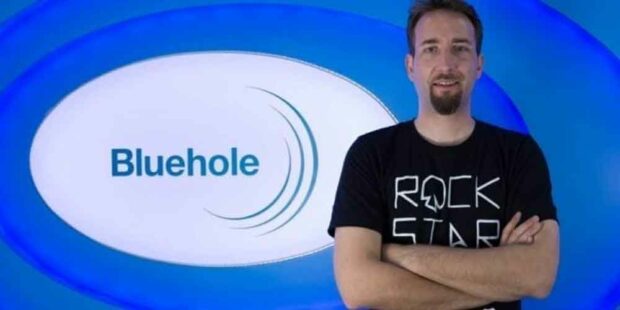 After Chang-Han Kim at Bluehole Corporation saw an early version of PUBG, he approached Greene about a partnership. It was a perfect match. Greene had the idea, Bluehole had the game developers. But in order to work more closely with Bluehole’s team, Greene had to move from his home in Ireland to South Korea. Since Greene could not speak Korean, a group of translators was needed to help relay instructions.

PUBG Was Inspired By A Japanese Horror Movie

The game concept for PlayerUnknown’s BattleGround was inspired by a popular Japanese horror film called Battle Royale. In the film, 42 Japanese teens are placed on an island and forced to fight for 3 days until there’s only one survivor.  If you’ve ever seen Internet memes or clips of Japanese schoolgirls in uniform fighting with swords and machine guns, then it’s probably from this movie.

One of the popular locations in PUBG is Pochinki on the Erangel map. Many PUBG fans will be surprised to learn that Pochinki is a real place. It’s a small village in Russia about 400 miles east of Moscow. But no one from the game design team has ever been to Pochinki. They used Google Maps to study the topography of the area and a book called Crimea and the Black Sea by Carlos Cordova in order to create realistic trees and vegetation for the game.

Many of the buildings, especially in the Erangel map, were inspired by Russian architecture. Schools, military bases, a power plant and shipping port of some of the real-life architecture that inspired game makers.

What Is The Origin Of “Winner Winner, Chicken Dinner”?

After winning a round, PUBG rewards players with the phrase “Winner Winner, Chicken Dinner”. But what is the origin of this phrase?

“Winner Winner, Chicken Dinner” is an American Depression-era phrase from the 1930s connected to gambling and cockfighting. The dead chicken from the cockfighting match was often “dinner” for the winner. The phrase was also used to describe when a winning gambler would have enough money to buy dinner for everyone.

6 Gambling Bankroll Tips That Can Help You Be More Successful
Next Post: 5 Incredible Robotic Innovations (That Will Be A Part Of Your Future)