A controversial "vagina button" under the skirt of the Poppy Trolls doll from the Trolls World Tour movie is upsetting parents everywhere.

Oh, toy manufactures, why do you keep sexualizing kid’s toys? I guess the lessons learned from the controversial Vibrating Harry Potter Broomstick are too long ago to remember. The latest toy controversy involves the “Poppy Trolls doll ($29.99) from the DreamWorks movie Trolls World Tour. This Poppy World Tour Doll features a button located in between the legs of Poppy that causes her to make sounds of joy when pressed.

Parents are obviously angry and have already signed a petition with over 150,000 signatures demanding that Hasbro, the toy’s manufacturer, pull it from shelves. Hasbro has recalled the Trolls World Tour Giggle and Sing Poppy” dolls and is offering refunds to parents. Now we are all left wondering why and how this even happened in the first place.

Wait, The Poppy Trolls Doll Has A ‘Vagina Button’!?

The “DreamWorks Trolls World Tour Giggle and Sing Poppy” doll actually has two buttons. The first button is on her stomach. When pressed, the Poppy Trolls doll will giggle, sing, and say things like, “How about a hug?”

However, it’s the second button that has everyone so upset. The second button is in between her legs. When this “vagina button” is pressed, the Poppy World Tour doll makes various sounds of joy. For the young girls playing with this toy, it clearly communicates a confusing message. Some outraged parents even claim this “vagina button” is teaching young children about sex and grooming them for pedophilia.

Instagram user Jamie Carnaby was one of the first parents to talk about the inappropriate Trolls World Tour doll button on social media. The button was discovered after receiving the Poppy Trolls doll at a birthday party. Because Jamie has a private account, RedPillBabe reposted the three-minute video publicly on Instagram where it quickly gained over 1 million views in less than a month. Although the video has some useful information, it has a “partially false information label” attached to it by Instagram likely due to its mentions of sex trafficking.

Another parent posted a video of herself inside a Walmart store demonstrating the obvious issues with having a button between the legs of a female character doll.

All of this social media attention helped drive traffic from upset parents to sign numerous online petitions on Change.org calling for Hasbro to recall the dolls.

With thousands of outraged parents complaining on social media and signing online petitions, Hasbro had no choice but to recall and stop the production of the controversial Trolls World Tour Giggle and Sing Poppy doll. Concerned parents can also contact the company for a replacement Trolls doll without the controversial button.

The toy was part of the promotion for the DreamWorks film Trolls World Tour. But the recall won’t have much of an impact on the film’s promotion or toy sales. There are numerous versions of Poppy dolls and toys for sale. And according to Julie Duffy, senior vice president of global communications for Hasbro, none of the other Trolls toys have vagina buttons.

Why Did The Giggle And Sing Poppy Doll Have A ‘Vagina Button’ Anyway?

One of the biggest questions that parents have is: Why was the button between her legs in the first place? According to Hasbro, it was an innocent mistake. The button was added to make the Poppy doll react when she was seated. According to an archive of Hasbro’s 2020 Trolls Toys product descriptions, the Poppy doll “makes other funny sounds” when you “sit her down.”

DreamWorks Trolls World Tour Giggle ‘n Sing Poppy (Ages 4 years & up/Approx. Retail Price: $29.99 /Available: Fall): DreamWorks Trolls Poppy is more adorable than ever with the Giggle and Sing Poppy Toddler doll. This adorable singing doll stands over 12 inches tall from the tips of her toes to the top of her hair, giggles 3 different ways when she’s tickled, sings a fun version of the song “Trolls Just Want to Have Fun” from DreamWorks Animation’s feature film Trolls World Tour, and says 5 different phrases, too, like, “How about a hug?” and “Um, cupcake!”

When you sit her down, she makes other funny sounds, too! The doll also features rainbow-colored hair with a comb so kids can style it. She also includes a matching rainbow dress that comes off, so kids can put it back on for dress-up fun. This musical toy is a great gift for girls 4 years old and up, or any fan of the DreamWorks Trolls movies.

Hopefully, the company now realizes that the location of the button wasn’t a good idea. The point that many of the parents make in their social media posts is that the doll is indirectly teaching little girls that it’s fun and ok for “button touching” and that if Poppy likes it then they should too.

After parents started protesting the Poppy World Tour Troll doll, savvy entrepreneurs started buying the dolls in bulk before they got removed from stores. Normal retail for the Trolls World Tour Giggle ‘n Sing Poppy was $29.99. The same dolls now sell for $150+ each on sites like eBay.

eBay users aren’t letting this go unnoticed. They are leaving review comments like these on the listings for anyone trying to sell the banned Poppy doll:

The same thing happened to the controversial Vibrating Harry Potter Broomsticks. After teenage girls started using them as vibrators, the toys were banned and a black market grew around them.

Banned Poppy Trolls Doll: Are We All Just Overreacting?

What do you think? Critics say that banning this doll is an overreaction. Hasbro says the “vagina button” was just a mistake. Was banning this toy the right thing to do?

Here are some of the most chauvinistic and ridiculous vintage sexist ads ever made by the Mad Men of Madison Avenue.

From drunk park guests to unsafe rides, here are all the reasons why Action Park was the world’s most dangerous amusement park. 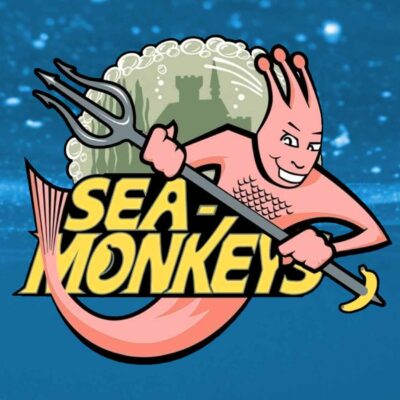 18 Weird Facts About Sea-Monkeys You Won’t Believe Are True, Including Their Connection To The Ku Klux Klan

From raising money for the KKK to NASA experiments in outer space, here are some weird facts about Sea-Monkeys that you won’t believe are true.

Read more18 Weird Facts About Sea-Monkeys You Won’t Believe Are True, Including Their Connection To The Ku Klux Klan 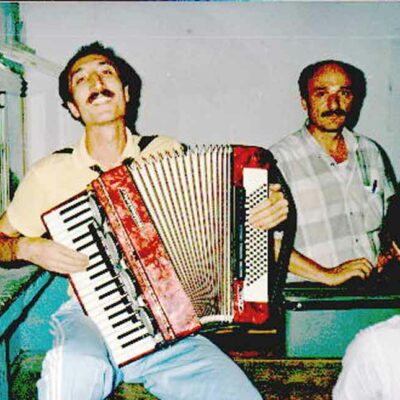 Do you remember the “I Kiss You” home page from the late 1990s? Here’s the story how a simple home page by a guy named Mahir Cagri from Turkey became an International sensation and one of the first viral hits in the history of the Internet. 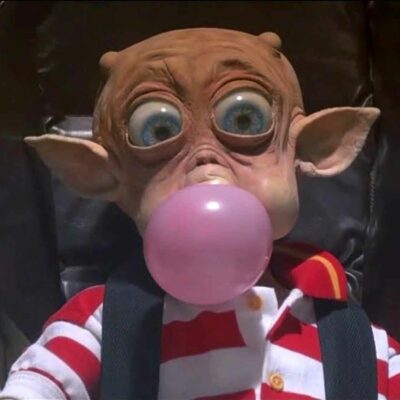 Mac And Me: 12 Things You Didn’t Need To Know About The Infamous Film

From an uncredited cameo by Jennifer Aniston to an ongoing Paul Rudd Mac And Me joke on Conan O’Brien, here are some things that you probably didn’t know about the movie Mac And Me.

Read moreMac And Me: 12 Things You Didn’t Need To Know About The Infamous Film 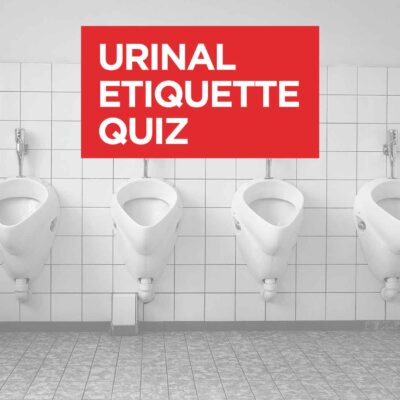 Urinal Etiquette Quiz – Do You Know All The Unspoken Rules?

There are plenty of things that a father needs to teach their son, but let’s just say that Urinal Etiquette takes the cake.

Read moreUrinal Etiquette Quiz – Do You Know All The Unspoken Rules? 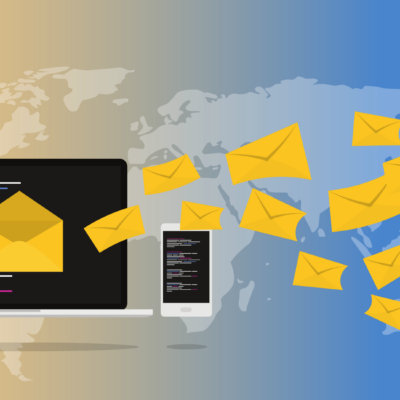 Here’s how to create a custom email link for HTML that precomposes an email message using the to, from, cc, bcc, subject and even body text options. 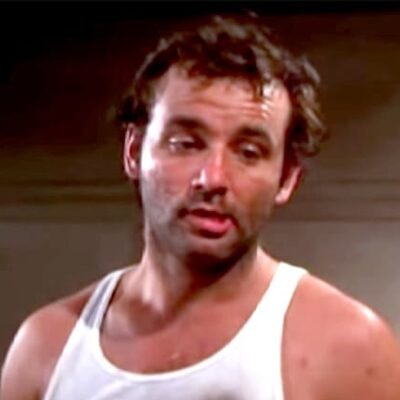 There’s a legendary Caddyshack Dalai Lama quote by Bill Murray’s character in the hit 1980 film. But does the Dalai Lama even know about it?

Read moreHas The Dalai Lama Ever Seen The Movie Caddyshack? 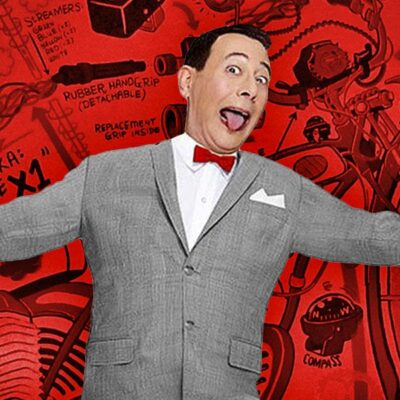 These Pee-Wee’s Big Adventure quotes will help you remember all the outlandish fun of Pee-Wee and his pals. Take the adventure now. 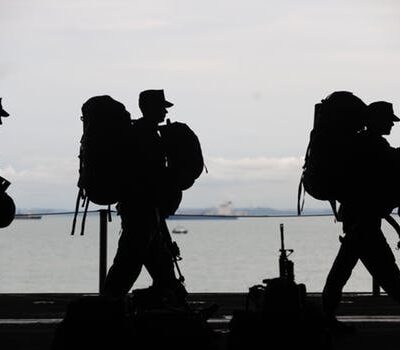 The Horror: 3 Apocalypse Now Quotes To Put The Fear Of God In You

Apocalypse Now is a harrowing movie, one we are still reliving just like the characters in the movie relive the war. These Apocalypse Now quotes are reminders.

Read moreThe Horror: 3 Apocalypse Now Quotes To Put The Fear Of God In You 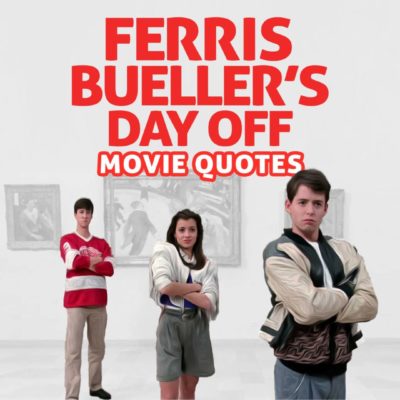 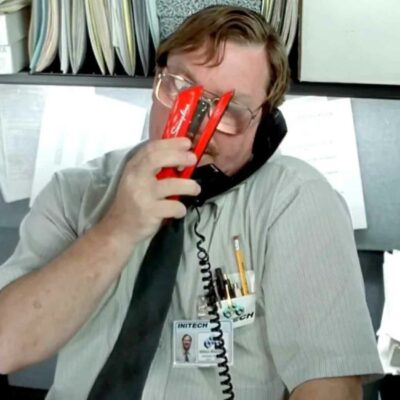 Here are some of the best GIFs from the 1999 cult comedy classic featuring Milton and his red stapler. Vote for your favorite Office Space Stapler GIF now. 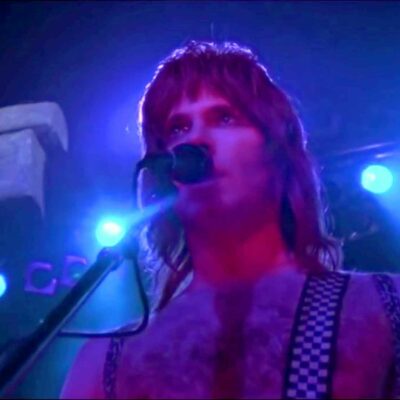 Here’s everything you need to know about the infamous Spinal Tap Stonehenge scene from the 1984 film This Is Spinal Tap.

TikTok CEO Kevin Mayer Quits After Only 3 Months On The Job
Next Post:101 Funny WiFi Network Names To Harass And Entertain Your Neighbors