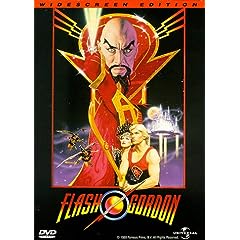 The SCI FI Channel has announced that is creating a new upcoming original series based on the science fiction comic series Flash Gordon created in 1934 by Alex Raymond. Eric Johnson best known for his role as Whitney Fordman on Smallville has landed the role of Flash Grodon.

The 22-hour series updates the comic-strip franchise and is slated for an August premiere. Johnson will play space-traveling adventurer Gordon, who is joined by companions Dale Arden and Dr. Hans Zarkov battling against the forces of the merciless dictator Ming.

Peter Hume wrote the first two episodes, which will be directed by Rick Rosenthal (Smallville). Production is to begin May 1 in Vancouver, Canada.