Henrico County Public Schools have announced that its used Apple iBooks it has been using in a four-year laptop program will be sold off in a one-day sale, Tuesday, August 9. That’s right, they are having a giant iBook sale.

iBook Sale: Get an iBook for the price of a video game?!

Henrico County, in Virginia, has decided to go with Dell computers for a new computer contract for their high school students. Dell offered $4 million dollars less than Apple. Henrico County has a surplus of iBooks (none older than 4 years) which they plan on auctioning off on August 9th, 2005. If you are anywhere near the Virginia area, you can take advantage of this…From 9am – 3pm, the warehouse will be auctioning off iBooks for 50 dollars a piece. First come, first served… 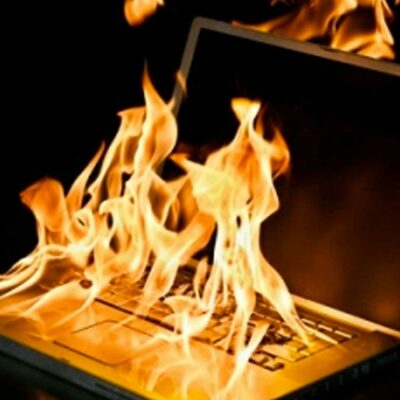 Apple Recalls Laptop Batteries After Reports of Fires and Injuries

Unfortunately Dell isn’t the only company plagued by exploding defective Sony batteries. On Thursday afternoon Apple announced that they will recall 1.8 million lithium-ion notebook batteries after nine devices overheated. Two people have even reportedly suffered minor burns due to these battery malfunctions.