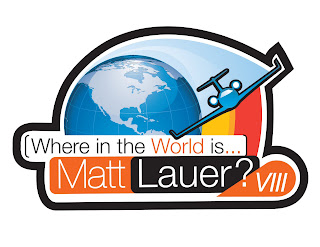 Television has changed. It used to be that TV producers were interested only in one medium: Their own. But they’ve learned something from their brand sponsors, and are now promoting hit shows with online games.

For example, NBC’s “Today” show has created a micro site and contest for its popular annual feature, “Where in the World is Matt Lauer?” and is backing it with a $500,000 marketing budget. Even better, it has sold a $2.5 million sponsorship to Hyundai.

“What we have here is a seven-year-old franchise that we know resonates with our audience,” says Frank Radice, senior vice president, NBC Agency, the
network’s in-house agency.

But the network had never done anything “really high end” on the Internet to promote the show, which follows co-anchor Lauer to exotic places, Radice says.

What is Hyundai getting for its money? Prominent placement, including a banner ad. And it also gets to place a pair of keys on Lauer’s virtual desk.

But they’re not just there for show. Each item is linked to content related
to the program—the visitor only has to click through.