Exclusive photo of U2's recording studio. Image shows how Bono, The Edge, Larry Mullen and Adam Clayton position themselves during the recording process. 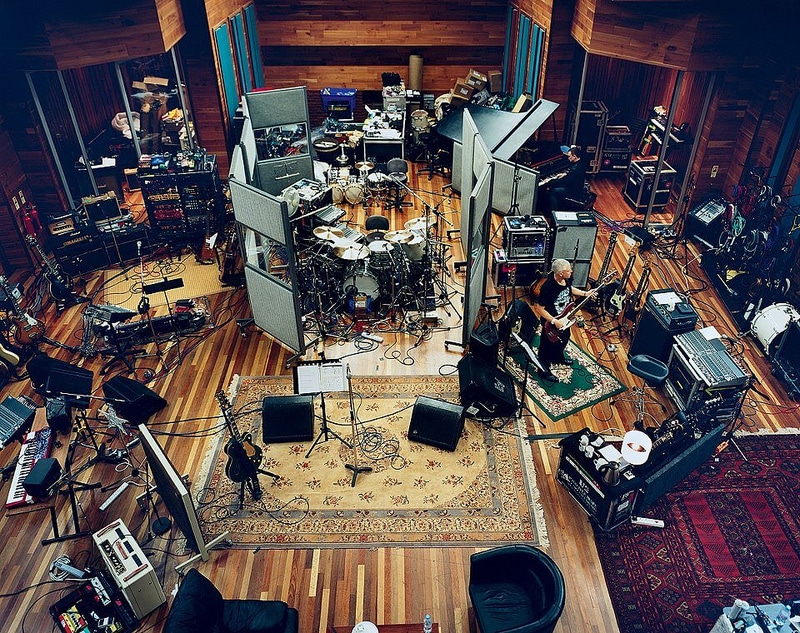