Tips On How To Fix An Unresponsive iPod

Do you have an iPod that is unresponsive? Occasionally an iPod may freeze or fail to respond to your commands. There are a few things you can do to troubleshoot this. 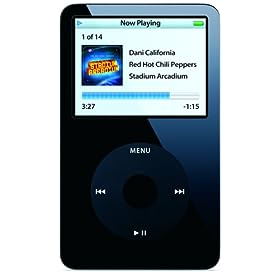 Here’s an email from a MethodShop reader about an unresponsive iPod:

“I’m using a 40GB click-wheel iPod in Windows 2k. It is unable to fully boot up. When I turn it on, the Apple symbol comes up and the hard drive sounds like it begins to spin, and then it stops. Occasionally it gets to the folder w/exclamation point screen and then the hard drives stops and then starts again, going back to the apple screen. The iPod update application either doesn’t detect the iPod or it freezes my whole computer. I have tried resetting, and since Windows/iPod update don’t detect it, I can’t restore either (even in disk mode). I have been unable to get the disk scan working.” ~ dan

You most likely dropped your iPod or hit it pretty hard. This happened to one of our readers, @junglerock, when he threw his backpack on the floor. His iPod was inside the backpack and the jolt from hitting the floor physically damaged the iPod’s hard drive.

Unfortunately, if your hard drive is physically damaged, there’s only one way to fix it – get it replaced. If your iPod is still under warranty or you purchased extended AppleCare for your iPod, then have Apple replace or repair your iPod. If your iPod is out of warranty, there are several third-party companies that can fix your iPod like these guys.

But before going through the hassle and cost of sending your unresponsive iPod off to be repaired, try these free iPod troubleshooting tips first. Good luck!