Is the Web Browser Dead?

The recent announcement by Apple that the the new OS X Lion operating system would put all your Apps on the desktop got me to thinking... does this finally signal the death of the Internet as we know it? 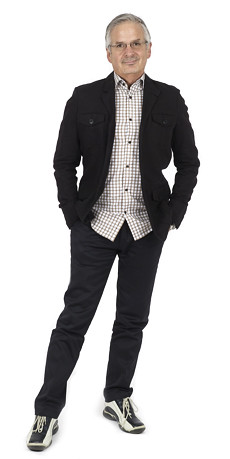 At a recent Paid Content gathering of industry professionals to discuss the “The Battle For The Digital Livingroom,” the outgoing Chairman, NBC Universal Television Entertainment, Jeff Gaspin, said, “The App is the future of everything we do.”

A bold statement that went largely overlooked. So let me take a moment to make some sense of what he said.

My original premise for this blog post was, “The Internet is Dead!” a far bolder statement, but right now… probably not accurate. What is accurate is closer in line with Ruben Spruijt a Technology Officer at PQR, a leading organization in the design, implementation and migration of advanced ICT infrastructures.

He said, “Making applications available to the end-user, separately from the technology used, is the ultimate strategic aim of an ICT infrastructure! The Virtual Desktop (vDesktop) is an essential component in the range of Application and Desktop delivery solutions”

The recent announcement by Apple that the the new OS X Lion operating system would put all your Apps on the desktop got me to thinking… does this finally signal the death of the Internet as we know it?

Remember when MS-DOS ran in the background? When “they” first tried to make non-Macs feel like Macs. Eventually, MS-DOS went away and a new OS, Microsoft Windows took it’s place. No more MS-DOS (that you could see anyway.)

Well think of the Internet, running in the background like MS-DOS, and the App is the foreground… (of course it’s not the case now, but you get the idea.) Soon, no more web browser! Who needs it? Access to everything is through an App. Just look at the iPhone, iPad, and all the Droid devices out there now. Google and Apple get it! WIRED magazine gets it!

It’s like records and typewriters… gone! But music and written communication didn’t die. Just the technology we use to access and manipulate that information.

The day will come when kids will say… “What’s a web browser?” And we will say… “Look it up using your Wikipedia App.”

Use at Your Own Risk: Popular Italian Hand Gestures
Next Post:Turkey Bowl Game – Play Now For Free