You are here: Home / Technology / Gadgets / You Can Cook An Egg With The Wicked Lasers Torch Flashlight

You Can Cook An Egg With The Wicked Lasers Torch Flashlight

Wicked Lasers is a company that makes lasers that are so powerful that they can melt plastic and light matches. One of their more extreme products is a flashlight called the Wicked Lasers Torch. The Torch, according to Wicked Lasers is the “world’s brightest and most powerful flashlight and has 4,100 Lumens with an adjustable high-efficiency reflector.” Let’s put that in perspective. A typical flashlight is only 100 Lumens.

What Can You Do With A Torch Flashlight? 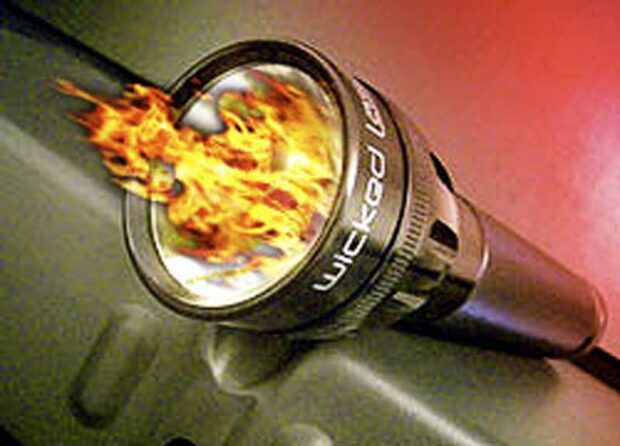 So what can you do with 4100 Lumens? There are videos of people frying eggs and burning stuff with this “flashlight.” Why you would want to cook an omelet with a flashlight is beyond me, but it’s nice to know you could. Here’s a full review of the Wicked Lasers Torch and several demonstration videos of stuff being burned to a crisp.

The Brightest “Flashlight” on Earth

The Wicked Lasers Torch is being considered by The Guinness Book of World Records for the record of being the brightest and most powerful “flashlight” on the planet. Exactly how bright is the Wicked Lasers Torch? 4,100 lumens!!! To help put that number in perspective, your standard household flashlight is under 100 lumens.

NERD NOTE: A unit of measurement of the amount of brightness that comes from a light source. Lumens define “luminous flux,” which is energy within the range of frequencies we perceive as light. For example, a wax candle generates 13 lumens; a 100-watt bulb generates 1,200 lumens; a Wicked Lasers Torch flashlight generates 4100 lumens.

When you first unpack the Wicked Lasers Torch from its shipping container, you should find the following:

Here’s how to properly charge the Wicked Lasers Torch’s battery:

The first few times you charge and use the battery, your Wicked Lasers Torch won’t last the full 30 minutes. The battery needs to condition itself first.

Here are a few suggestions to help you get the most out of your Wicked Lasers Torch flashlight.

NERD NOTE: The term “laser” is an acronym for Light Amplification by Stimulated Emission of Radiation. 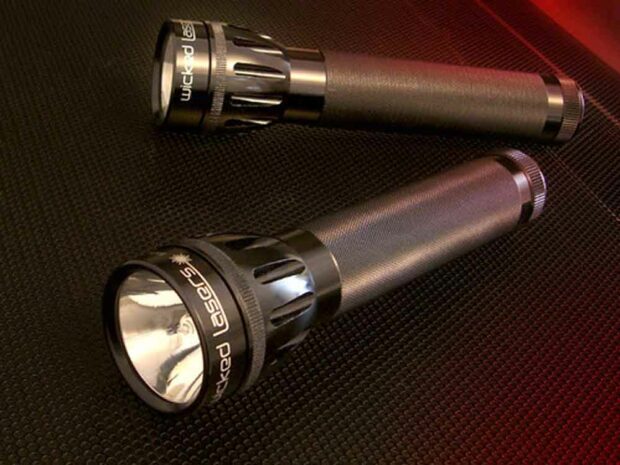 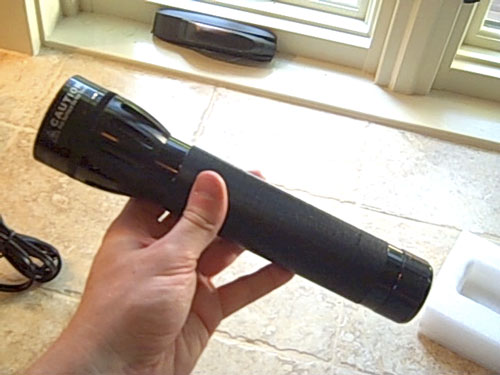 Owning a flashlight that can cook eggs, light cigarettes and melt plastic isn’t exactly practical, but it sure is fun. Who knows, maybe in a few years the guys at Wicked Lasers might invent a real lightsaber. I can almost see the newspaper headline now… “Thousands Burned at Star Wars Convention when Light Saber Battle Reenactment Gets Personal.”

How to Deauthorize A Computer On iTunes (Even Remotely)
Next Post: Follow the Rainbow to a Pot of Canadian Pennies? [cartoon] »