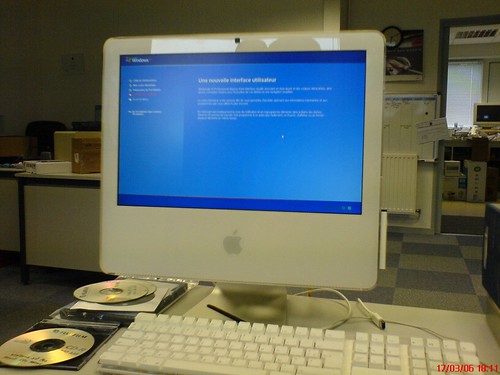 According to an article on MacRumors, Mac OS X Leopard, the next version of OS X may include virtualization software, code-named Chameleon, that will allow Macs to run more than one operating system at the SAME TIME!

While Booting Windows XP on Intel Macs is now possible thanks to two hackers named “narf2006” and “blanka”, many users look forward to using a virtual Windows XP environment alongside Mac OS X. This sort of side-by-side existence would prevent the need for rebooting to use a particular application like in the System 6 and System 7 days. When you need to open that Windows app just instantaneously switches over to Windows. When you are done, go back to Mac OS X.

Add Another Incident To The List Of Paris Hilton Dumb Moments: The Your vs You’re T-Shirt
Next Post: Redmond Gets Roasted After More Microsoft Vista Delays Are Announced