Every year, the evil geniuses at WIRED Magazine put together a high-tech expo that showcases the global innovations that are transforming our world. They call it NextFest.

Now in its 5th year, this modern day World’s Fair includes unique and bold exhibits, interactive art, games, robotics, and more. If you are into gadgets and geekery, then the 30-40 exhibits WIRED has planned will knock your Underoos off. 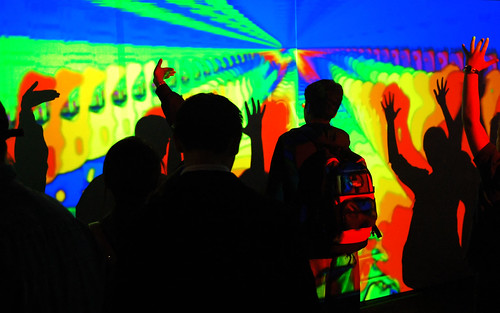 2008 is the 5th year of WIRED NextFest and the the city of Chicago is hosting again.

Here are a few of the most anticipated WIRED NextFest 2008 exhibits that everyone is talking about: 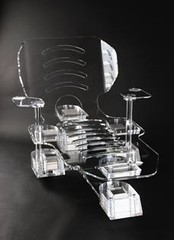 Hoverit Lounger
Don’t just sit – Hoverit. That’s the slogan of this 2-person British design-oriented furniture startup. In what they promise is the first in a series of magnetic hover furniture, the experience is (according to the company) more like floating than sitting. The lounger’s etheral appearance is accentuated by the designers choice of material, a clear acrylic plastic.

The acrylic is not a cushion, but the give of the magnetic forces acting beneath a persons body weight, is probably makes the experience quite different from a normal, earth-bound, rigid plastic chair. 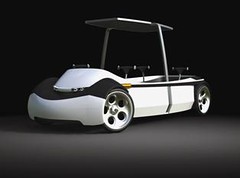 Interactive Kiosk Prototype – EA Sports
Camera-based interaction with near photo-realistic animation of Dwayne Wade, NBA basketball star. The concept of interactive installations and kiosks based on this prototype is work for an upcoming Gillette corporate promotion that will include Tiger Woods, Roger Federer, Derek Jeter, and Thierry Henry, and offer a platform for playing 1-on-1 interactive mini-games with sports stars. Overall, the platform uses a display, interactive camera, and digital animation hardware and software that are state of the art.

NextFest is free and open to the public. It’s like a annual high-tech museum trade show exhibit. 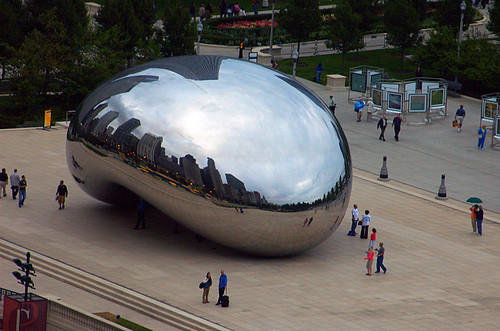 To learn more about WIRED NextFest, summon the Internets to bring forth WiredNextFest.com.