Target, the popular department store, is in big trouble right now with Facebook moms. The controversy started when a woman named Suzie Fromer shared an image of a box of Target cookies called the Santa Dipped Chocolate Sandwich Cookies on Facebook. Her since-deleted post said: “Someone in one of my allergy groups just posted this asking if this brand was safe for school. Personally, I think not…”

If you look closely at Santa’s feet, they do look very phallic. But is it enough to put Santa Claus on his own naughty list? Some Facebook moms say yes and are boycotting Target.

Not everyone notices Santa’s phallic boots right away. Nicole Miller, a mother in Knoxville, Tennessee, purchased the Santa Dipped Chocolate Sandwich Cookies and never noticed the issue until her friends brought it to her attention.

“My friends pointed out Santa’s boots — which I then couldn’t unsee,” Miller told the New York Post. She, like many others, never even made the connection until someone else brought it to het attention. 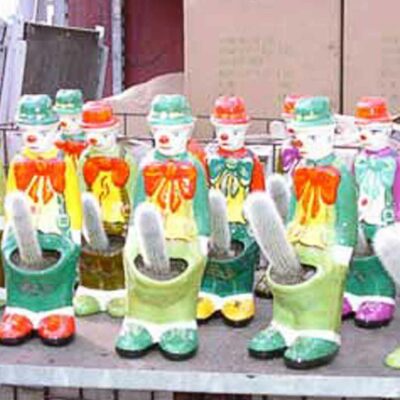 A class of elementary students started a class project to make a plant pot to take home and wanted to have a plant in it that as easy to take care of, so it was decided to use cactus plants. But that decision would come back to haunt the teacher in a few weeks.

After the Santa Dipped Chocolate Sandwich Cookies set went viral for all the wrong reasons, Target released this statement to the TODAY Show:

What do you think? Are these Target cookies too sexy for retail or is it all just a silly controversy from overly sensitive Facebook moms? Let us know in the comments.

28 Funny Christmas Jokes For Kids
Next Post:Where Did The Phrase “Merry Christmas You Filthy Animal” Come From?