Recharge Your Gadgets with the ZAGGsparq Portable Battery Charger [review]

Ever had a gadget or smartphone die on you just when you needed it most? Sure, we all have. And it sucks. Sometimes recharging is as easy as plugging into an AC outlet for a few minutes. But when you’re on the go, at a conference, or on an airplane, getting a quick charge might not be that easy… or even possible.

As part of my travel routine, I now pack portable charging gadgets to charge… my other gadgets. One of my latest favorites is the ZAGGsparq.

ZAGG, the company that makes the popular invisibleshield screen protectors, also makes a great charger/recharger device called the ZAGGsparq. The ZAGGsparq is both a USB charger as well as a portable battery charger that allows you to power up any USB device while on the go.

How to Use the ZAGGsparq

Using the ZAGGsparq is easy. To charge your ZAGGsparq, just plug it into a standard AC power outlet. After it’s charged, pack the ZAGGsparq in your purse, laptop bag or pocket. It’s only about the size of a deck of cards and extremely portable.

When one of your devices is low on battery, just plug it into the ZAGGsparq’s USB port(s) and leave it connected until your device is recharged. The ZAGGsparq can charge anything with a USB plug including your iPhone, Jambox or even a Sony PSP. It will also recharge your devices up to 4x faster than a standard USB charger. 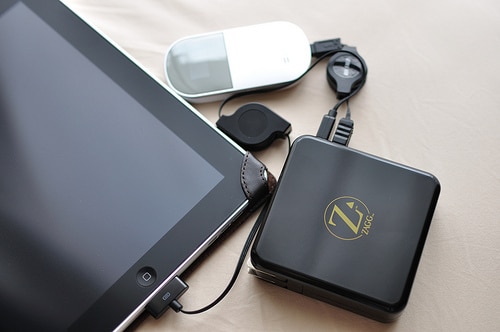 . After watching movies and playing games the entire flight, we were up and running with fully charged phones as we walked out of the airport thanks to the ZAGGsparq.

The Difference Between The 3 Different ZAGGsparq Models

The ZAGGsparq has a retractable AC plug, blue LED indicator lights and an on/off switch to prevent battery drain while the battery is not in use. Overall, it’s a very compact and convenient design. 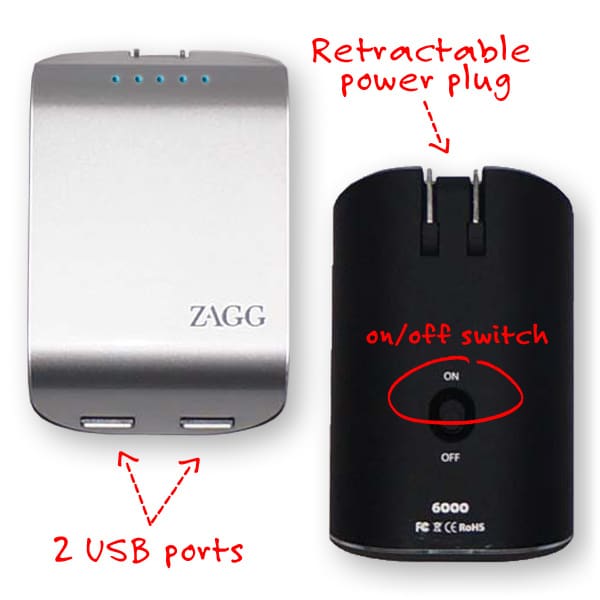 Pros and Cons of the ZAGGsparq

The ZAGGsparq is completely portable. Even the larger 6000 model is small enough to put in your coat pocket or bag and be readily accessible when you need it. The only downside might be price. The 6000 model, which has 2 USB ports and can give you 4 full charges, might be priced a little too steeply for the average user ($99). But there’s the cheaper 1220 model which can give you 1 charge for only $20. Otherwise, I don’t really have a con. I really like my ZAGGsparq. 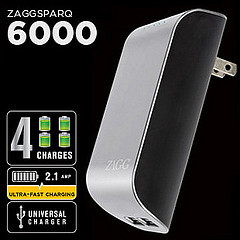 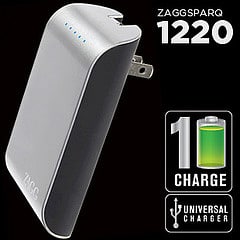 I never go on trips or to events without my ZAGGsparq anymore. Just because you’re not using your phone, doesn’t mean your apps aren’t. Their background tasks like “push notifications” or syncing can drain the battery before your very eyes. Between power hungry apps and faster cell networks like 4G LTE that use more device power, battery life on your phone might not be what it used to.

I’ve gotten burned too many times needing to use a device with barely any battery left. The ZAGGsparq has saved me many times and gives you peace of mind. With the ZAGGsparq, stressing out over dead batteries ecomes a thing of the past.

Here are links to the 3 different ZAGGsparq models on Amazon.com: