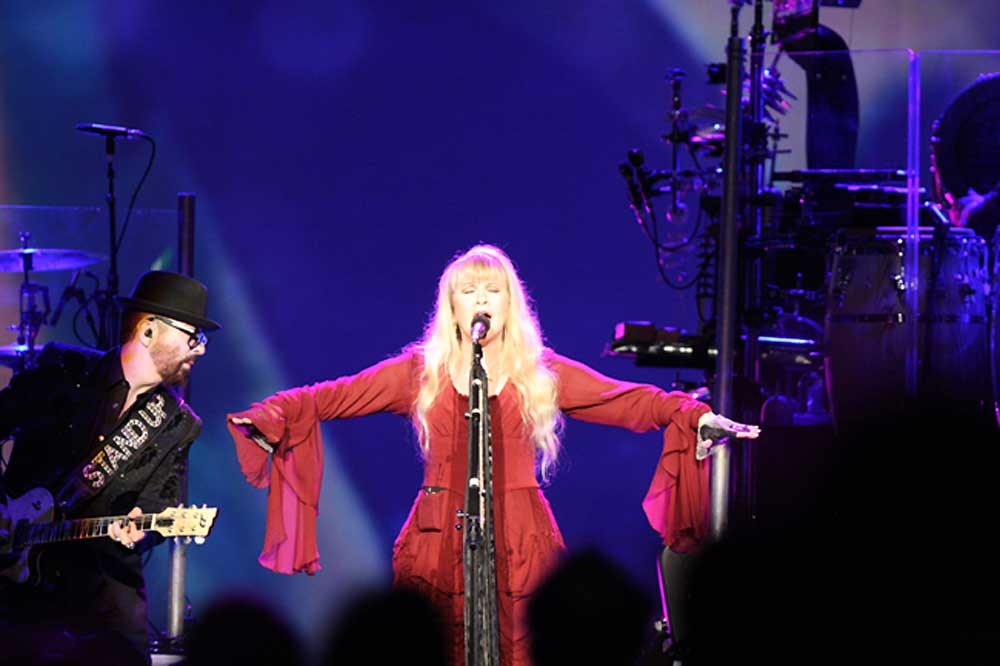 Stevie Nicks first became a major household name in 1974 after joining the rock band, Fleetwood Mac. The group’s first album, rumors, immediately shot to #1 on the charts and to this day has sold more than 40 million copies worldwide – making it one of the best selling albums of all time. Stevie Nicks didn’t sing lead vocals on every Fleetwood Mac song, but she definitely sang on a lot of their major hits. Here are the best Stevie Nicks Fleetwood Mac songs.

Dreams is an incredible song that still gets heavy radio airplay today. The emotional Fleetwood Mac song sung by Stevie Nicks documents the drama going on behind the scenes in the band. Divorces and breakups ran rampant among band members. Dreams peaked at #1 on the Billboard charts on June 18, 1977.

With the help of the University of Southern California Marching Band, the song Tusk holds a world record for the most musicians performing on a single. Tusk was a top 10 single for Fleetwood Mac and peaked at #8 on the Billboard charts on November 3, 1979.

Nicks wrote the song Rhiannon after reading a novel called Triad, by Mary Leader. The book is about a woman who is possessed by another woman. Peaking at #11 on the Billboard charts (June 5, 1976), Rhiannon is undeniably one of the best Stevie Nicks Fleetwood Mac songs on this list.

4Go Your Own Way

Go Your Own Way is the ultimate breakup song. The song tells the story of the broken hearts of Stevie Nicks and bandmate Lindsey Buckingham at the conclusion of their tumultuous romance. It’s a sad breakup that they two were able to turn into a top ten hit. The song peaked at #10 on the Billboard charts on March 12, 1977.

The song Landslide is without question one of the most popular Fleetwood Mac songs featuring Stevie Nicks. But surprisingly, it’s not a top 10 hit. Landslide is Nicks’ personal ballad about choosing between staying where you are or having the courage to move forward. Despite originally being released in 1975, Landslide peaked at #51 on the Billboard charts over twenty years later on August 8, 1998, shortly after the band reformed in 1997.

What did you think of this list? Did we leave any of your favorite Stevie Nicks Fleetwood Mac songs out? Some of her biggest hits, like Stop Draggin’ My Heart Around, were part of her solo career separate from Fleetwood Mac.