Who will rule the digital living room of the future? If rumors serve true, it could be Apple. 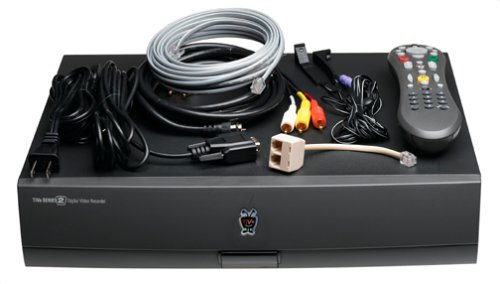 TiVo‘s CEO, Michael Ramsay, claims that his company is not for sale, but with a market cap of only $300 million, TiVo is basically a garage sale bargain. This is especially true for a company with a massive cash stockpile like Apple. Other companies considering scooping up TiVo include Comcast, Time Warner Inc., Sony and Liberty Media. Surprisingly Microsoft hasn’t jumped on the bandwagon yet.

However, the idiots running TiVo have yet to make a profit despite having a great product. It’s hard to believe Apple would want to acquire such a money-losing business unless it would fit into a bigger plan they secretly have in the works. In fact the only thing Apple and TiVo seem to have in common is a focus on the customer. One potential hurdle for Apple, would to maintain their darling status with content providers. The enormous success of the iTunes Music Store has made everyone happy from the artists and record companies to the consumer. TiVo, on the other hand, has pissed off everyone from TV and Film studios with their sloppy DRM strategy to advertisers with their commercial skipping abilities. Buying TiVo would require Apple to fix TiVo’s DRM problems and please both content providers and consumers. Currently this is beyond the skills and vision of TiVo management. TiVo can’t even enable AAC audio playback on their settop boxes or Macintosh compatibility for their TiVoToGo feature. Maybe it is time for someone with brain cells to take the reins at TiVo.

So will Apple buy TiVo? Could there be an iTunes like Movie/TV download store in the future? Rumors continue to fly while representatives from both companies continue to decline comment.

In the meantime, shares of TiVo have shot up 17%.