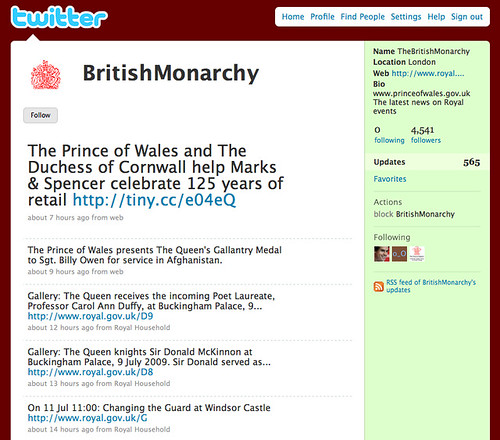 Buckingham Palace announced last Friday that the royals now have their own Twitter account @BritishMonarchy. The purpose of the account is to inform royal watchers of what the family is up to on a daily basis. Don’t expect Her Majesty to tweet or to get any dirt or juicy information from the account. A palace spokeswoman says the account won’t be used to air personal opinions.

Joining Twitter isn’t the first time the royals have extended their kingdom into cyberspace. Buckingham Palace‘s website launched in 1997 and the Queen also has her own YouTube channel.