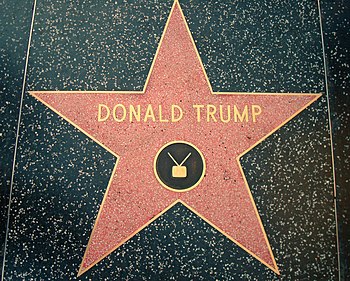 Looks like Donald Trump appears on the verge of being told “You’re fired!” by NBC, the television network that made him a TV star.

NBC has dropped Trump’s popular reality show The Apprentice from its autumn schedule, although it is refusing to say definitively that the series has been canceled.

The Apprentice, which first aired in 2004, introduced the billionaire’s catchphrase “You’re fired” to the popular lexicon. The format was copied for the popular British version featuring Sir Alan Sugar.

Trump’s show centres on a group of young entrepreneurs who compete in a weekly game of elimination as they vie for a job within his business empire.

The Apprentice has been slowly losing TV viewers since its debut. The 1st season attracted an average audience of nearly 21 million viewers in America. But the 6th and most recent season only averaged 7.5 million viewers. A 7th season of the show was announced in June 2006 but its future was thrown into doubt this week at NBC’s Upfront when it was left out of the 2007-08 line-up. Maybe it will be back mid-season?What do you think? Are you a Donald Trump fan?
Related Articles: