From PUBG and Fortnite to Tetris, here's a list of easy to play online games that are highly popular. Let's get your game on!

May 15, 2019 by James White
FacebookTweetPinLinkedIn

Online gaming has seen a massive upsurge in popularity recently. It’s no longer a niche community brimming with men from tier-1 cities, it now encompasses all people irrespective of their demographic identity. Gaming can be a stress reliever, an exercise to cure exhaustion, a place to vent frustration, a creative outlet, and even a smart career choice. From PUBG and Fortnite to Tetris, here’s a list of easy to play online games that are highly popular. Let’s get your game on!

PlayerUnknown’s Battlegrounds, or PUBG for short, is a pioneer in the Battle Royale genre of gaming where the last player or team standing wins the game. PUBG owes its 30+ million users to its simplicity in gameplay, accessibility and, astounding graphics. Above all, it’s free!

Each round has 100 players with the objective of looting the resources for themselves. As time goes on the safe zone keeps shrinking, which means players are ultimately compelled to combat with each other because there is no other place left to run. Without a doubt, the game is very addictive, people enthusiastically take part in the global championships and streaming tournaments.

Each round takes about half an hour to finish, so whenever you’re stuck on the bus commuting from work or school, whip out your smartphone and open the PUBG Mobile app. Then parachute down with your friends and celebrate your camaraderie, PUBG style! 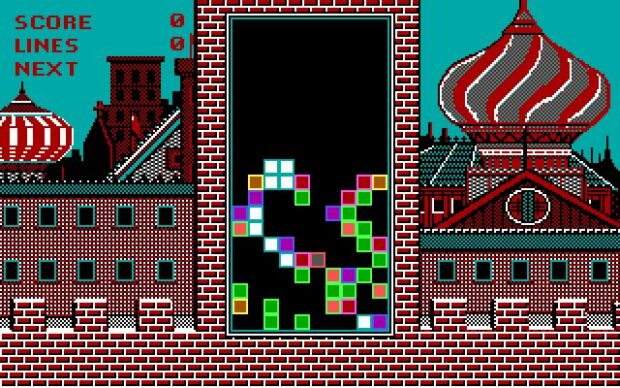 Tetris is a classic in the market and, it needs absolutely no introduction. Having dominated the gaming scene ever since its launch in 1984, it has sold 170+ million units. It’s been hailed as the “Greatest Game of All Time” and the Next Generation even commented that “There is something so perfect, so Zen about the falling blocks of Tetris that the game has captured the interest of everyone who has ever played it.” If any game could be called ageless, it would be this curious piece of Soviet history.

Minecraft has been the butt of many internet jokes but does not let the ocean of memes fool you! It’s the peculiar marriage of crafting and combat in a world that is barely affected by the laws of physics (*cough* the ability to fly *cough*) what makes it so special. With an unlimited number of resources, you can build seemingly anything, from the Hogwarts Castle to the Great Fire of London. While there are valid fears about addiction to the game, a research study from Canada proves that these fears might be exaggerated and Minecraft can allegedly increase problem-solving, collaboration and learning at school!

Sid Meier‘s Civilization V is a game where the player leads a civilization from prehistoric times into the future. Exploration, military conquest, diplomacy, space colonies are few of the many exciting aspects of this game. Besides the 18 civilizations available in the standard retail version, additional civilizations can be downloaded. The game has remained a critic and a fan favorite. So gear up to build sprawling empires and explore the world as it was a whopping 3000 years ago, meander through Babylon or Korea or Mesopotamia or maybe Mongolia under the fearsome Genghis Khan!

It’s virtually everywhere, it’s inescapable. It’s impossible to not know about Fortnite with its explosive growth. It has become a cultural phenomenon, gaining 125 million players in less than a year and several celebrities jumping on the Fortnite bandwagon like Drake and k-pop supergroup iKON. It will undoubtedly go down in history. What makes Fortnite so appealing is how accessible and exciting it is. New seasonal skins are introduced every once in a while, which keeps users coming back to it again. And it’s free!

In previous years gaming had limited accessibility and its audience was people who were willing to invest in consoles and or computers. With the increasing internet penetration in our lives, gaming has become more simple. One can easily download a game from the app store and play, or log on to the internet and choose from the hordes of free games available on gaming websites. Many Millennials who have had access to the internet since birth has practically grown up playing free online games on websites. This phenomenon has led to the birth of a section of casual gamers and in turn the expansion of the gaming audience.

Whether the aforementioned online games make you a hardcore worshipper of games or a casual gamer, regardless of the consequence, happy gaming!

Checklist: Do You Really Need Identity Theft Services?
Next Post: Free Songwriter Fonts Collection Lets Your Type Like a Rockstar