From tech founders and presidents to TV hosts and politicians, here are some of the most famous sleepless elite members in history

Are you naturally a short sleeper? Are you both an early bird and night owl? Do you stay up late and wake up early and not feel tired? A small percent of the population, about 1% to 3%, have the sleepless elite gene (aka an amazing superpower) that enables them to hack their sleep cycle and only sleep 2-6 hours a day. These members of the sleepless elite never oversleep or sleep in, even on weekends. They only need a few short hours of sleep per day.

So what do they do while everyone else is sleeping? Members of the sleepless elite are some of the most successful members of our society. Instead of using their extra time at night for recreation, many natural short sleepers focus on productive endeavors. From tech founders and presidents to TV hosts and politicians, here are some of the most famous members of the sleepless elite in history.

The former fashion director at Gucci helped grow the value of the company by 90% under his leadership. On an average night, Ford got very little sleep, only about 3 hours.

Martha Stewart has turned home living into a powerful media empire. With a TV show, radio show, multiple product lines, and four magazines, there’s not much time left to sleep. Luckily she doesn’t need much. Stewart is a true short sleeper and sleeps less than 4 hours a night.

Donald Trump: Chairman of The Trump Organization and President Of The United States

Trump only sleeps 3-4 hours a night. The lack of sleep is part of his work ethic. He believes the extra time gives him a competitive advantage. It also explains why he would often tweet in the middle of the night.

Benjamin Franklin: Founding father of the United States and inventor

Thatcher was Great Britain’s longest-serving Prime Minister. She also reportedly only slept for about 4 hours each night.

Wondering how to hack your sleep cycle like these famous sleepless elite members? Sadly you can’t. Even though researchers have identified the hDEC2 sleepless elite gene, artificially creating a sleepless elite mutation is not something that science is capable of right now.

But after analyzing this list of members of the famous sleepless elite, the idea of short sleeping might sound very appealing. Getting just a little less sleep each day might give you extra time and an edge in your quest to become successful. Just be careful that you don’t overdo it when adjusting your sleep habits. Depriving your body of the shut-eye (aka sleep deprivation) can lead to all sorts of serious health and wellness problems including obesity and erectile dysfunction. 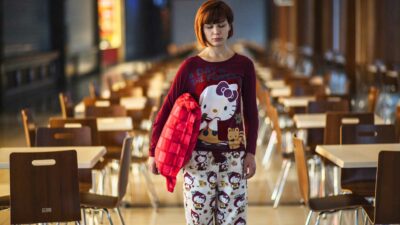 What happens when you don’t get enough sleep? Here are some common problems experienced by both men and women who suffer from a lack of sleep.

3 Things You Need To Know Before Gambling On Your Smartphone
Next Post:20 Funny DNA Jokes And Pick Up Lines… With Explanations